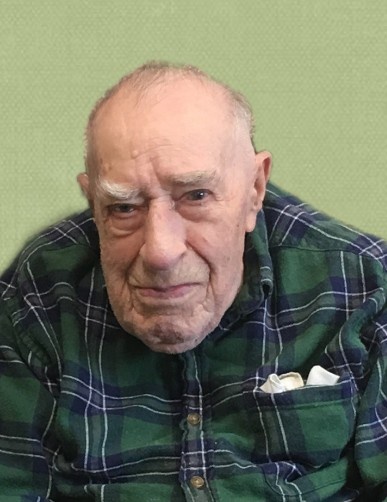 Albert Felton, 105, of Wahpeton, ND, formerly of New Effington, SD, passed away on Thursday, November 12, 2020, at St. Catherine’s Living Center.  A private family service will be held on Wednesday, November 18, 2020, at 11:00 AM, at the Vertin-Munson Funeral Home in Wahpeton.  A live stream of his service will be available on the funeral home’s website.  Burial will take place at St. Nicholas Cemetery, rural Rosholt, SD.  Arrangements are entrusted to Vertin-Munson Funeral Home.

Albert Andrew Felton was born the youngest of seven children to Charles and Agnes (Bresnahan) Felton on September 5, 1915, on the family farm near New Effington, SD, where he grew up.  He attended country school at Lein #4 through the eighth grade and later earned his GED.    As a young child, Albert was bright, funny, happy and exuberant.  He was diagnosed with Sleeping Sickness at the age of 13, when he became very shy, quiet and reclusive.  Albert lived on the family farm with his brothers, Edward and Chester, where his responsibilities were the household duties, including cooking, cleaning and tending to the garden.  In the early 1990’s, some years after their brother, Chester, passed away, Albert and Edward moved into New Effington where Albert continued to reside after Edward’s death.  When his home flooded, Albert moved to the nursing home in Rosholt, SD, then moved to the Leach Home in Wahpeton and finally settled in St. Catherine’s Living Center for the remainder of his life.

Albert was a simple man with a very large and generous heart.  He enjoyed history, reading, writing, and he loved to care for his garden.  He was gifted as an artist and he enjoyed sharing his paintings and drawings of flowers, landscapes and farm buildings with anyone that he could.  He also had a love for music.  He played the accordian with his brothers in “The Felton Band”, entertaining at many community events throughout the years. Albert's Memorial Folder
To order memorial trees or send flowers to the family in memory of Albert Felton, please visit our flower store.