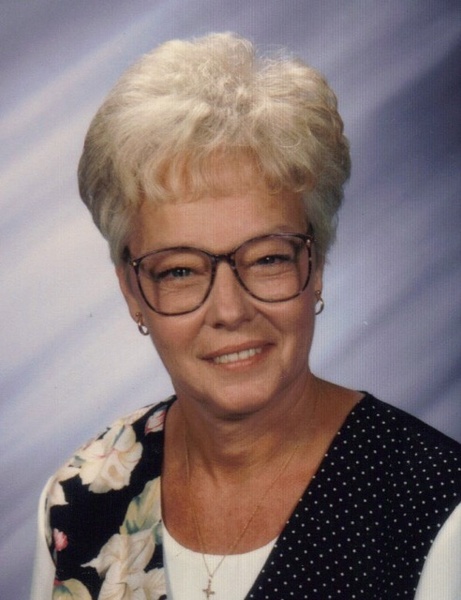 Alice (Dollie) Seerup, 76, of Wahpeton, ND, passed away on Friday, August 10th, 2018 at her home surrounded by her husband and children.  Visitation will be on Saturday, August 18th from 9:00 a.m. – 10:00 a.m at Vertin–Munson Funeral Home, Wahpeton, ND, followed by a memorial service at 10:00 a.m with Rev. Matthew Tooman officiating.

Dollie Marie Seerup, age 76 passed away peacefully on Friday, August 10th 2018 at home. She was born on May 27th 1942 in Cleveland Ohio to LeRoy and Jule (Niemeier) Embleton. Attending public schools K-8 and graduated from James Ford Rhodes High School in 1961. While living there she worked office jobs and assisted with her mom’s catering business. While working for her mother’s catering business as a server she met Don Seerup, after a few dates they hit it off and were united in marriage on November 29th 1968. While living in Cleveland in August of 1970 she gave birth to their son Donald R. Seerup. In 1972 they moved to Bismarck ND, where she got a job at JCPenney’s, and continued to work there until Don was transferred to Wahpeton ND in 1980, she continued to work at Penny’s until 1984. She then began a career as a Middle School secretary in 1984 and continued to work for Wahpeton Middle School until retirement in 2013. Dollie also played a huge part in the North Dakota Army National Guard (NDARNG) as a Family Support member and was awarded the State Meritorious Service Medal for her 15 years of volunteer service to the NDARNG and all the inspiration she provided over three separate deployments.

Dollie loved and lived life to the fullest, loved her family, and was afraid of nothing, she was sort of a daredevil and would ride any roller coaster or thrill ride she came up upon. Taking things in stride as they came, she was the most positive and upbeat person you could meet. She was never one to complain no matter what the circumstance. If you would ask anyone who has met her, they would tell you she was the sweetest and kindest person they have met. Dollie’s love spread to her animals; throughout her life, she always had pets whether it was dogs or cats. She was a kind and warm soul and would help out anybody she could with anything they needed. She also loved to ride on motorcycles, she would constantly take trips with her husband Don and her son Donnie and his wife Margaret. She was a constant support for her family by attending all the various activities and events they were a part of. Dollie was an avid reader, loved angels, and loved to travel and see the country God created.

Dollie was preceded in life by her father, LeRoy and mother, Jule; and step-daughter, Diana.

Arrangements have been entrusted to Vertin-Munson Funeral Home, Wahpeton, ND. Alice's Memorial Folder
To order memorial trees or send flowers to the family in memory of Alice Seerup, please visit our flower store.