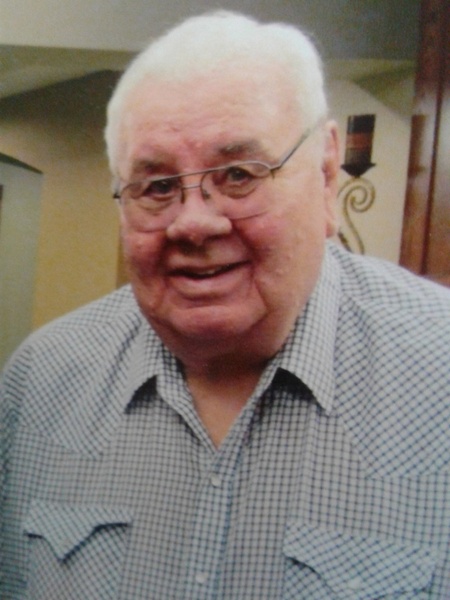 Allan E. Meyer, 85, Sun City, AZ, formerly of Fairmount, ND, passed away on Monday, June 8, 2020 in Sun City, AZ.  Visitation will be Friday, June 12, 2020 from 5:00 PM to 7:00 PM, followed by a service at 7:00 PM at Vertin-Munson Funeral Home, Wahpeton. Livestream of Allan's service will be available on our website beginning at 7:00 PM. Burial will be at the Fairmount Cemetery. Arrangements have been entrusted to Vertin-Munson Funeral Home.

Allan Eugene Meyer was born on April 12, 1935 in Rural Abercrombie to Albert and Jessie (Astrup) Meyer.  He attended school in Rural LaMars Township and graduated from Fairmount High school in 1954, where he participated in basketball and football.  He attended NDSSS, playing on the Wildcat football team for two years.  Allan served in Army for two years and was honorably discharged in 1961. He married Sharon Hubrig on April 16, 1961. They made their home in Fairmount where they raised their five children.

He worked for Farmers Union Oil, which later became Cenex, managing several stations in the North Dakota area.  He worked for Air Freight Delivery before moving to Sun City, AZ in 1996, where he worked for Sun City West Foundation for several years.

In life, Allan was an avid sports enthusiast; he played and refereed both basketball and football. He bowled on league and loved to hunt deer and fowl.   Collecting pens and pencils with advertising on them was a hobby of his; his collection of the many past and present businesses in the Fairmount area was very special to him.

He was preceded in death by his parents, Albert and Jessie Meyer; grandson, Marty Boutiette; sister-in-law, Norma Meyer; and brother-in-law, Gerald McMahon.

In lieu of flowers, donations can be made to the Fairmount Cemetery or your favorite Hospice organization.