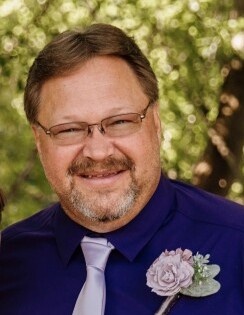 Allen A. Rensvold, age 57, of Wahpeton, ND, formerly of Hinckley and Tyler, MN, passed away on Tuesday, April 5, 2022, at M Health Fairview University of Minnesota Medical Center. Visitation will be held on Tuesday, April 12, 2022, from 12 PM to 2 PM followed by his 2 PM memorial service at United Methodist Church in Breckenridge, MN. Pastor Mark Gronseth will officiate the service. A live stream of the service will be available on the funeral home’s website. Arrangements have been entrusted to Vertin-Munson Funeral Home, Wahpeton.

Allen Arnold Rensvold was born on January 27, 1965, to Arnold and Erika (Leimeister) Rensvold in Breckenridge, MN. He grew up and graduated from Breckenridge High School in 1983; and furthered his education at Alexandria Technical & Community College, achieving his associate degree in law enforcement. Allen’s first job in law enforcement was as a patrol officer in Tyler, MN, lasting a short time before being promoted to Chief of Police; becoming one of the youngest in the state at that time. He held this position for over 16 years before relocating to Pine County, MN, and continuing his career as a Deputy Sheriff. Allen worked in this position until 2012, when he retired from law enforcement. During retirement, he accepted a position at the North Dakota State College of Science as a Building Services Supervisor and relocated back to the Breckenridge, MN/Wahpeton, ND area; working in this position until January of 2022.

Shortly after starting his law enforcement career in Tyler, MN, Allen met his future wife, Karen. The two were united in marriage on June 15, 1991, at the First English Lutheran Church in Tyler, MN. Together they had three children, Joseph (Joe), Jennifer (Jenny), and Jacob (Jake); all four years apart starting in 1993. This year Allen was excited to welcome his first grandchild into his family. Allen took pride in knowing that he assisted his daughter, Jenny, with picking out his grandson’s name, Rowan James. Over the last few years, most recently last few months, family surrounded Allen with love and support due to his health decline.

Allen was very strong-willed, outgoing, personable man. He was always interested in your story, and people were drawn to him. Allen had an amazing sense of humor and enjoyed playing pranks on those whom he loved. Activities that Allen enjoyed were hunting, fishing, snowmobiling, riding motorcycle, and most of all spending time with his friends and family; whether it be playing card games, watching movies, sitting around the fire sharing stories, or interacting with them in any way that he could.

Allen is proceeded in death by his parents, Arnold, and Erika Rensvold. Allen's Memorial Folder
To order memorial trees or send flowers to the family in memory of Allen Rensvold, please visit our flower store.