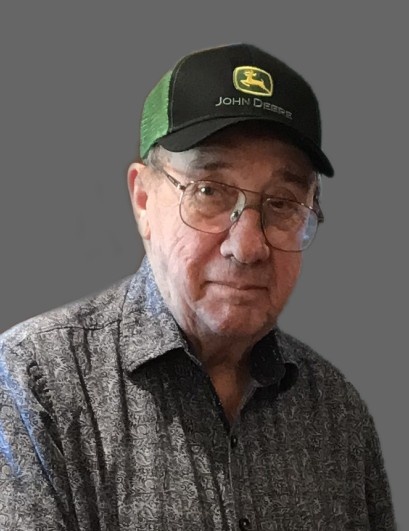 Aloysius “Bud” Meyer, age 95, of Breckenridge, MN, passed away on Thursday, January 27, 2022, at Twin Town Villa in Breckenridge. Visitation will be held on Sunday, January 30, 2022, from 2 PM to 4 PM followed by his 4 PM prayer service at Vertin-Munson Funeral Home in Wahpeton, ND. Visitation will continue at St. John’s Catholic Church in Wahpeton on Monday, January 31, 2022, from 9:30 AM to 10:30 AM followed by his 10:30 AM funeral mass. Fr. Dale Lagodinski will officiate the service. Burial will be at a later date in Calvary Cemetery in Fairmount, ND. In lieu of flowers, donations can be made to the Alzheimer’s Association on 2631 12th Avenue S, Fargo, ND, 58103. A live stream of his services will be available on his obituary page on the funeral home’s website. Arrangements have been entrusted to Vertin-Munson Funeral Home.

Bud Meyer was born on July 13, 1926, at home on the family farm in Summit Township in Richland County, North Dakota, to George and Ida (Krause) Meyer. He attended Summit No. 2 Country School through eighth grade.

Farming was in Bud’s blood from a young age. His father died when Bud was 16, leaving behind Bud’s mother, Ida, with seven children. Bud and his younger brother, Elroy, helped their mother run the farm.

He served in the Korean War from Dec. 3, 1950, until Sept. 3, 1952. Assigned to the 5th Army Infantry, he was promoted to the rank of corporal. He received the Combat Infantryman Badge for his participation in active ground combat. Upon return, he studied general mechanics/welding at North Dakota State School of Science, Wahpeton, as part of the G.I. Bill.

He met Joann Krump at a dance in Tenney, Minn., and they married on June 18, 1953, at St. Philip’s Catholic Church in Hankinson, N.D. The couple farmed near Fairmount. They were blessed with seven children and impressed upon them the importance of faith, family, and a strong work ethic.

In Fairmount, Bud was a member of St. Anthony’s Catholic Church, the American Legion, and a bowling league.

Bud loved farming, and when he retired in 1990, he redirected that energy to golf. For many years, he and Joann wintered in Brownsville, Texas, where Bud could golf daily. Bud and Joann enjoyed attending theatre productions in their later years. When Alzheimer’s disease hindered Bud from playing pinochle, his family started playing Kings in the Corner with him. He and Joann moved to the Twin Town Villa in 2016.

He loved and was deeply proud of his children and grandchildren.

In lieu of flowers, memorials may be made to the Alzheimer’s Association and CHI Hospice.

The family expresses their appreciation for the loving care Bud received in the Twin Town Villa and its Memory Care Unit. To order memorial trees or send flowers to the family in memory of Aloysius "Bud" Meyer, please visit our flower store.