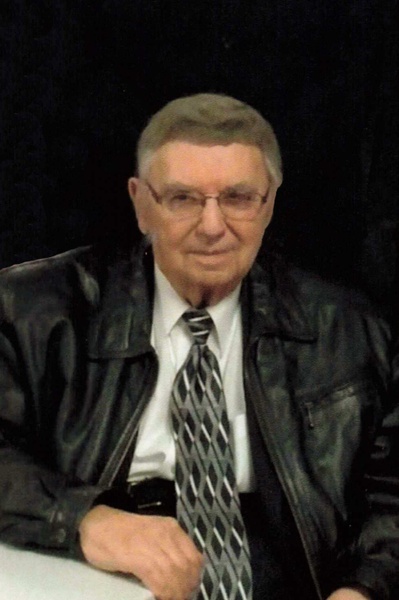 Alvin Pistorius, 95, of Wahpeton, ND, passed away on Tuesday, September 8, 2020 at St. Catherine’s Living Center under the care of CHI Health at Home Hospice.  Visitation will be held on Saturday, September 12, 2020 from 12:00 PM to 2:00 PM, followed by his funeral service at 2:00 PM at Immanuel Lutheran Church in Wahpeton, with Rev. Matthew Tooman officiating.  Burial will be at Sisseton City Cemetery, Sisseton, SD.  Arrangements are entrusted to Vertin-Munson Funeral Home.

Alvin Elmer Pistorius was born on July 21, 1925 on the family farm in Harmon Township, SD to John and Elsie (Kuehl) Pistorius.  He went to grade school in Harmon Township before attending and graduating from West Central School of Agriculture in Morris, MN in 1943.  On February 24, 1945, Alvin enlisted in the U.S. Army.  He served in Japan during WWII until he was honorably discharged on December 8, 1946.

On June 1, 1950, Alvin was united in marriage to Lorna Krone.  They made their home on their farm in Harmon Township where they raised their two children.  He farmed his entire life until he retired, and the couple moved to Wahpeton in 2009.  He entered St. Catherine’s Living Center in November of 2018 where he resided until the time he passed away.

Alvin was a humble, kind, honorable, and giving person.  He was selfless and cared with a passion, always worrying about others before himself.  He enjoyed spending and volunteering his time at the VFW in Sisseton where he served in several positions including Commander, marched in several parades, and served during many funerals.  Alvin was very devoted to serving his community and church.  He was a member of the Windom Lutheran Church, Zion Lutheran Church, and most recently Immanuel Lutheran Church in Wahpeton.  Along with this, he served on the Rosholt School Board, the Consumer’s Coop Oil Board, and the Harmon Township Board.

He was preceded in death by his parents, John and Elsie; his brothers, Donald and Laurel Pistorius; his sisters, Shari Pekelder and infant sister, Arlene; and his brother-in-law, Gerald Plant.

In lieu of flowers, donations can be made to the American Cancer Society.

To order memorial trees or send flowers to the family in memory of Alvin Pistorius, please visit our flower store.