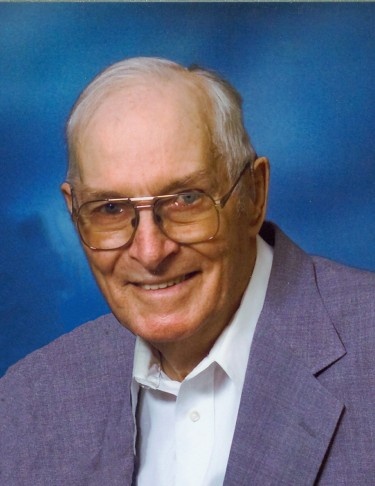 Aloys (Aly) Zach, 93, of Wahpeton, ND, passed away Thursday, July 16, 2020 at St. Catherine's Living Center in Wahpeton. Visitation will be held on Monday, July 20, 2020 from 5:00 p.m. to 7:00 p.m. followed by a prayer service at 7:00 p.m. at St. John's Catholic Church in Wahpeton.  His mass of Christian Burial will be on Tuesday, July 21, 2020 at 2:00 p.m. at the church, with visitation one hour prior to the service. Burial will be at Calvary Cemetery in Wahpeton.  A livestream of Aly’s service will be available on our website.   Arrangements have been entrusted to Vertin-Munson Funeral Home in Wahpeton.

Aly was born on December 6, 1926 in Humphrey, Nebraska, to Martin and Mary Zach. One of nine children, Aly grew up on the family farm, attending country school until the 8th grade. Aly met Marian Bernard at his brother's wedding prior to being deployed to Italy for military service in 1945. Aly and Marian continued to write each other throughout the year-long deployment, becoming engaged upon Aly's return from the army. The couple were united in marriage at St. Philip's Catholic Church in Hankinson on June 24, 1948. ​

Aly and Marian lived in Rosholt, South Dakota, for three years, where he worked as a carpenter with his brother, Andy. They moved to Wahpeton in 1951 where Aly continued his carpentry work. Aly and Marian lived in the same home for 54 years, where they raised their seven children: Marietta, Lucella, Audrey, Kathleen, Paulette, Charles and David. Faithful members of St. John's Catholic Church, Aly and Marian attended mass each Sunday with their children. In 1977, Aly and Marian purchased a winter home in Brownsville, Texas, where they spent 27 seasons. Aly continued to build homes in Texas while wintering there. ​

Aly was an expert carpenter, founding Zach Homes in 1968. He continued to build homes throughout the area, until retirement in 2003. Working alongside his son Charlie, Zach Construction is known for their quality, custom built homes and attention to detail.  A home built by Aly stands the test of time, showing the quality of his craftmanship. ​

Aly and Marian enjoyed dancing, spending time with their grandchildren, gardening, and harvesting their large apple crop each fall. Aly also enjoyed golfing and working in his garage, and in his later years, playing card games and Bingo at the Senior Citizen's Center. He was known for his many jokes and one-liners and his love of Hershey's chocolate. Aly enjoyed telling baseball stories from his younger days, reciting the tale of his triple play countless times over the years. Aly was also a Twins and Vikings fan, rarely missing a game on television.  Aly and Marian moved to an apartment at 4th Avenue Manor in 2007, eventually moving together into assisted living at Siena Court in 2014. Aly's loving and devoted wife, Marian, passed away in 2016. ​

Aly was preceded in death by his wife Marian; his parents; siblings; daughter, Marietta Webster; and son-in-law, Don Spiker.

To order memorial trees or send flowers to the family in memory of Aly Zach, please visit our flower store.