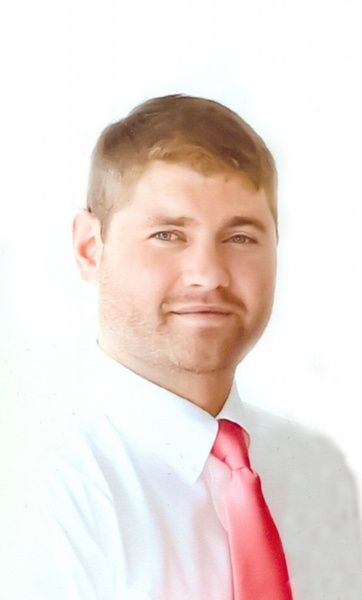 Andrew M. Blome, 32, Moorhead, MN, originally Wahpeton, ND, passed away Wednesday, September 6, 2017 at his home in Moorhead. A Celebration of Life Service will be held 3:00 PM Sunday, September 10, at Vertin-Munson Funeral Home, Wahpeton, ND, with Rev. Harvey Henderson officiating. There will be visitation with family and friends from 1 PM until the time of service on Sunday. Arrangements have been entrusted with Vertin-Munson Funeral Home.

Andrew Michael Blome was born September 12, 1984, the son of Mike and Shelley (Lunneborg) Blome at Breckenridge, MN. He grew up in Wahpeton where he graduated from Wahpeton High School in 2003. Andrew attended NDSCS in Wahpeton and completed an associate degree in Liberal Arts. Andrew lived and worked in Fargo where he currently was manager of the Sports Bar in Fargo.

Andrew was an outdoorsman and loved to hunt, fish and camp. His dogs, Rykk, Juicy J and Maxx, were his constant companions. He will be missed by his family, friends and fellow workers who knew him as a mild mannered easy going person who would give someone the shirt off his back if needed.