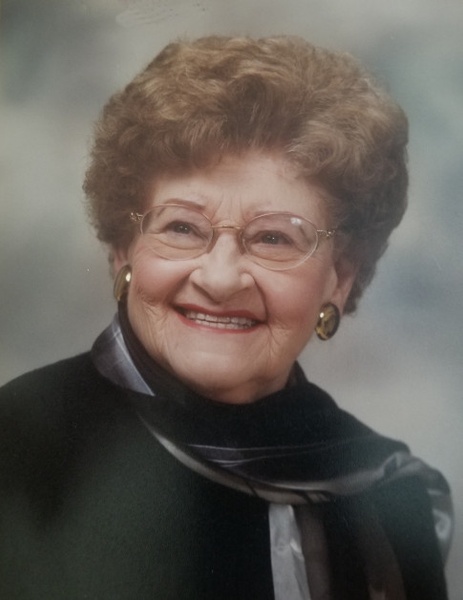 Our beloved Ardyce Geneva Austin went to be with her Lord on July 15, 2022, in Lake Havasu City, AZ.

She was born June 11, 1926, to Bernice and Rudolph Hestdalen in Abercrombie, ND.  She was baptized at Walcott, ND.  She attended rural schools and graduated from Abercrombie High School.  Following school, she was employed by Todd Pacific Shipyards in Tacoma, WA.  She was then employed by Char-Gale of Minneapolis, MN, where she met Raymond Austin, who was a mechanic in a garage with his partner.  She and Ray married on March 12, 1949, in Hokah, Minnesota.  Her children are Mona Rae, Lake Havasu City, AZ and Kevin Gillette, Bloomington, MN.  Ray was transferred to Danville, IL, with Sunkist Growers as a District Manager for the Midwest region.  Ardyce graduated from beauty school while living in Danville, IL.  They resided in Waukegan, IL for thirteen years before building a retirement home at Webster, WI.  After Ray passed away in 1997, she moved to Wahpeton, ND and then to Lake Havasu City, AZ.

She was preceded in death by her parents; daughter-in-law, Pam Austin; sisters: Norma Affield and Evelyn Soljhem; and brother, Gordon Hestdalen.

Her optimism and forever smile will be missed by all but she is now reunited with her first family.

“What we once enjoyed and deeply loved we can never lose, for all that we love deeply becomes a part of us.”

Private family services have been arranged.  Obituary by the family.