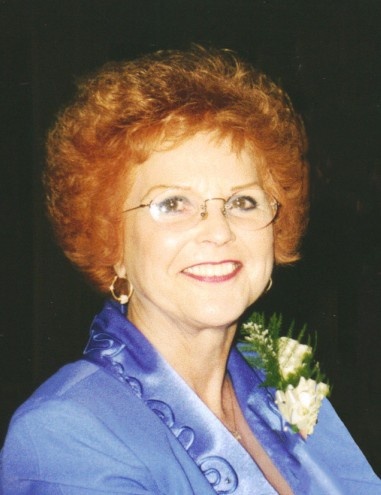 Arlene Janet (Huseth) Bailey passed away peacefully at the age of 86 on January 13th, 2021 at Sanford Hospice House surrounded by family. Visitation will be held on Saturday, May 15th, 2021 from 1:00 pm to 2:00 pm, followed by her memorial service at 2:00 pm at Vertin-Munson Funeral Home, Wahpeton, ND. Refreshments will be served immediately following the service, followed by a graveside service at Elk Creek Cemetery, rural Wyndmere, ND.  A livestream of the service will be available on the funeral home’s website. If you plan to attend the service, Arlene’s family asks that you please wear a facemask.  Arrangements have been entrusted to Vertin-Munson Funeral Home.

Arlene was a Mother, Homemaker and worked in retail. In 1974, she was elected to the first of 5 consecutive years as the National Treasurer of the National Rural Letter Carriers Auxiliary, traveling to and representing the Auxiliary in nearly all 50 states. She was also involved in the United Methodist Women and the American Legion Auxiliary. She enjoyed teaching piano, playing and singing at church, numerous weddings and other events.

Arlene loved attending all her children’s, grandchildren’s and great-grandchildren’s sports, school and other events.  She also enjoyed traveling with her husband and other family members around the United States, Mexico, Canada, Scotland, and Norway, where her father was born.  She and Jack wintered for 31 years in the Rio Grande Valley.

She was preceded in death by her parents, Harry and Palma, sisters Bernice Charlson, Norine Kjar, Lenore Froemke, and brother Harold Huseth.

To order memorial trees or send flowers to the family in memory of Arlene Bailey, please visit our flower store.