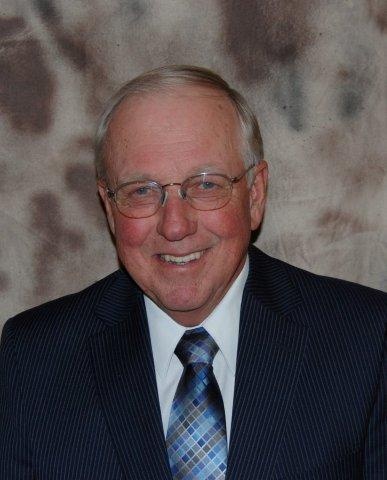 Arnold Woodbury, 76, of Wyndmere, ND, passed away on Thursday, July 11, 2019.  Visitation will be held on Sunday, July 14, 2019 from 5:00 PM to 7:00 PM, followed by a prayer service at 7:00 PM at Vertin-Munson Funeral Home, Wahpeton, ND.  Visitation will continue on Monday, July 15, from 12:00 PM to 1:00 PM, followed by his funeral service at 1:00 PM at West Prairie Free Lutheran Church, rural Kindred, ND.  Burial will follow the service at Nordmanna Cemetery, rural McLeod, ND.  Arrangements are entrusted to Vertin-Munson Funeral Home.

Arnold Woodbury was born on August 2, 1942 to Herbert and Ragna (Haugen) Woodbury in Breckenridge, MN.  He grew up in the sand hills in Sheyenne Township near McLeod, ND where he attended Sheyenne Township Central School until the 8th grade, Oak Grove High School for a year, and eventually graduated from Wyndmere High School in 1960.  After high school, he completed the agriculture short course at NDSU.

On August 7, 1964, Arnold was united in marriage to Miriam Lynn Jensen at United Free Lutheran Church near McLeod.  The couple made their home on their farm near Wyndmere where they raised their children, farmed, and ranched.  Lynn passed away on January 27, 2015, and Arnold continued to live on the farm.

Cattle were Arnold’s life.  He was one of the first promoters of the Simmental breed on the local, state and national level.  He attended the first state Simmental organizational meeting in Bismarck, ND, served as the North Dakota Simmental Association President, receiving both the Promoter of the Year and Pioneer awards.  He and his son, Todd continued with their cow-calf operation, selling purebred bulls and heifers until his death.

Arnold was a member of the Richland County Soil Conservation Board for 27 years, the National Sunflower Association, the North Dakota Oilseed Council Board of Directors, and the Winter Show Board, along with several others.  He was a Richland County 4-H leader, member of the Wyndmere Jaycees and won the North Dakota Outstanding Young Farmer Award in 1973.  He loved to fish and enjoyed sampling all kinds of pies.  He took many different trips with Lynn, and last summer, he was able to travel to Otta, Norway to see his Mother’s birthplace.  Arnold was very proud of his family.  He never missed a chance to brag about his children or grandchildren, and attended every activity of theirs that he could.

He was preceded in death by his wife, Lynn, and his parents, Herbert and Ragna.

Arnold's Memorial Folder
To order memorial trees or send flowers to the family in memory of Arnold Woodbury, please visit our flower store.