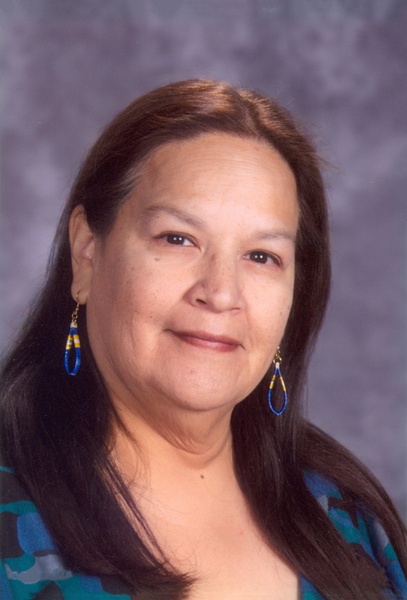 Barbara “Barb” R. Foote, 64, Wahpeton, ND, passed away on Saturday, June 20, 2020 at Sanford Medical Center in Fargo, ND.  Visitation will be on Thursday, June 25, 2020 from Noon to 2:00 PM, followed by her funeral service at Vertin-Munson Funeral Home in Wahpeton.  Fern Bailey will officiate the service.  Burial will be at a later date in Memorial Congregational Cemetery in Parshall, ND.  Arrangements have been entrusted to Vertin-Munson Funeral Home.

Barbara Rae Oliver was born on April 10, 1956 to Charles “Bud” and Bernice (Keeney) Oliver in Fargo, ND. She grew up in Wahpeton and graduated from Wahpeton High School in 1974. She attended many different colleges, graduating from Dakota State University in Madison, SD in 1994. After college, Barb taught at several Native American Schools throughout the Dakotas.  She retired in 2012, due to health issues.  In 1999, Barb met the love of her life, Alvin Foote, Sr. in Wahpeton, they were married in New Rockford, ND in 2004.  Alvin passed away in June of 2017.

Barb was known for the letters and cards she sent out every holiday. She loved animals, especially her dogs, Pepper, Cocoa, and Lucy and her cat, Bella Boo. She enjoyed spending time with her “Dakota Sisters”, watching Long Island Medium TV show, traveling and going to casinos, concerts, and playing bingo.  She taught Native American Bead Work at Circle of Nations School. Barb was very likeable, always laughing, she had a heart of gold, and was willing to help anyone in need.

Barb was preceded in death by her husband, Alvin; father, Charles; and brother, Tim.

To order memorial trees or send flowers to the family in memory of Barbara "Barb" Foote, please visit our flower store.