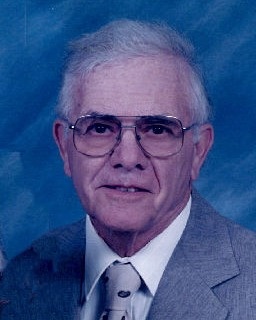 Benjamin A. Wawers was born July 30, 1925, to Peter and Scholastica (Bernard) Wawers in Hankinson, North Dakota.  He attended country school near Fairmount, ND, and graduated from Fairmount High School in 1943.  He also attended NDSCS in Wahpeton, completing his studies in 1944.

Ben entered military service in 1945, serving in the 82nd and 101st Airborne divisions.  His military qualifications included an expert infantry badge, and a parachutist’s badge.  He was also awarded a World War II Victory Medal.  Ben was honorably discharged on October 22, 1946.

Ben was married to Marilyn Miller on October 28, 1948, at St. Anthony’s Catholic Church in Fairmount, ND.

Not only did Ben farm for most of his life, he was an employee of the Wahpeton Agriculture Stabilization & Conservation services (ASC) for 25 plus years, retiring January 1, 1986.

Ben had a list of hobbies with dancing, gardening, fishing, wood working, and hunting being his favorites.  Ben and Marilyn would drive quite lengthy distances to swing dance and see their favorite “Big Bands” play.  He also enjoyed big game hunting, making replica scale birdhouses, and crafting wooden toys.

Interment will be at a later date.

Light refreshments will be served at this time.

Live Streaming will start at 2:30