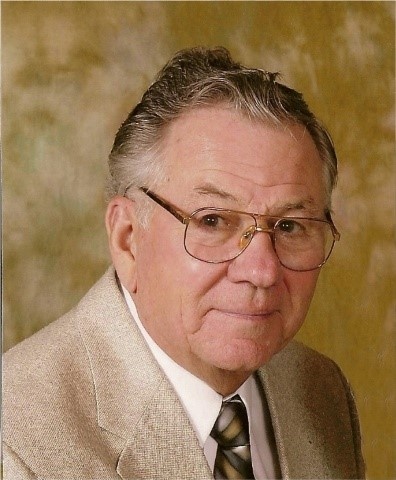 Bernard “Mike” Brophy, 88, of Wahpeton, ND passed away Tuesday, March 30, 2021, at St. Catherine’s Living Center in Wahpeton.  A public memorial service will be held on Saturday, April 24, 2021, at 10 AM at United Church of Christ in Wahpeton. The family requests that masks be worn at the service.  Pastor Ken Adams will officiate.  Arrangements have been entrusted to Vertin-Munson Funeral Home in Wahpeton.

Mike was born on October 10, 1932, to Daniel C. and Marie (Layton) Brophy near Jamestown, ND, where he lived until he was 13 and sent to foster care near Pingree, ND. He graduated from High School there in 1950.

In Pingree, Mike met the love of his life, Joyce Dunwoodie, who would bring him back from a brief time working in Washington state. He worked on the Dunwoodie farm during their courtship and early marriage.  Mike and Joyce were married on October 29, 1952, and started their family. Four children were born to the couple. The family moved to Wahpeton while Mike attended North Dakota State School of Science (NDSCS), graduating from the Electronics program in 1957. They returned to Jamestown and purchased a business which became “Mike’s Radio & TV” until 1967 when they returned to Wahpeton, where Mike taught Electronics at NDSCS for the next 26 years. His students thought he was tough, but often came back and thanked him and said he was the best teacher they ever had. He was always fixing TVs and VCRs for people on the side and also worked on the radio beacons for some of the small airports in the area.

Mike’s hobbies included flying his remote-control model airplanes, archery, where he won many national championships, traveling around the country and the world, fishing, and wood turning. He enjoyed puzzles, mentoring others in his career and his hobbies, and spending time with Joyce and family. He loved to tease and tickle his grandchildren and they rarely left him without messing up his hair.

Mike was an active supporter of his church. Over the years he did some of the groundskeeping, he helped put together the pies they made as part of their fundraising, and he helped with the pancake breakfasts. He enjoyed being part of the community there and was in the choir for a time and also participated in a Passion play there.

The family wishes to extend their thanks to all the staff at St. Catherine’s Living Center in Wahpeton, for the care they extended to our father and grandfather.

In lieu of flowers or memorials, please consider a donation to the American Parkinson Disease Association or the United Church of Christ of Wahpeton.