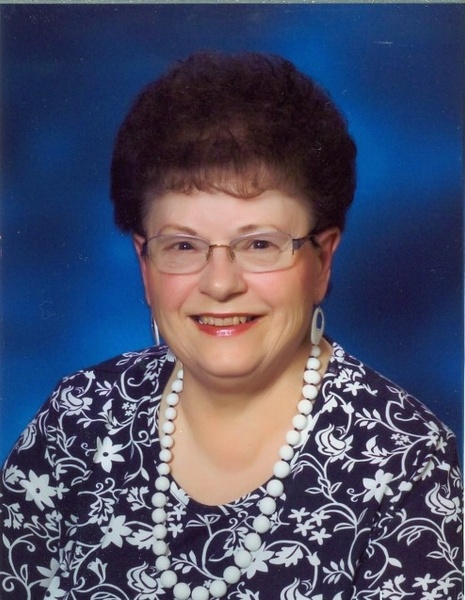 Elizabeth “Betty” Nordick, 85, Wahpeton, ND, passed away Sunday, January 26, 2020, at St. Catherine’s Living Center in Wahpeton. There will be a Rosary at 9:30 am on Saturday, February 1, 2020, with visitation from 9:30 a.m. to 11:00 a.m. followed by her funeral mass at 11:00 a.m. at St. John’s Catholic Church, Wahpeton.  Rev. Dale Lagodinski will officiate the service.  Burial will be in Fairview Memorial Gardens in Wahpeton at a later date.  Arrangements have been entrusted to Vertin-Munson Funeral Home, Wahpeton.

Betty was united in marriage to Leo J. Nordick on November 18, 1953, at St. John’s Catholic Church, Wahpeton, North Dakota.  They made their home in Wahpeton.

Betty worked in food service at North Dakota State College of Science beginning in September 1966.  She went on to become supervisor of the cafeteria, retiring in May 1997.  After Leo passed away on December 14, 1997, Betty continued to live in Wahpeton.

Betty was a member of St. John’s Catholic Church, Wahpeton and the Eagles and Elks.  She loved cross stitching, bowling and baking, her specialty being German chocolate cake.  She also enjoyed coffee time with the ladies of the neighborhood.  Betty and her husband, Leo cherished all the fun times at Balmoral, Ottertail Lake, MN with family and friends. Betty had been a resident of St. Catherine’s Living Center, Wahpeton for the last two years.  She loved playing bingo and socializing with her fellow residents and staff.