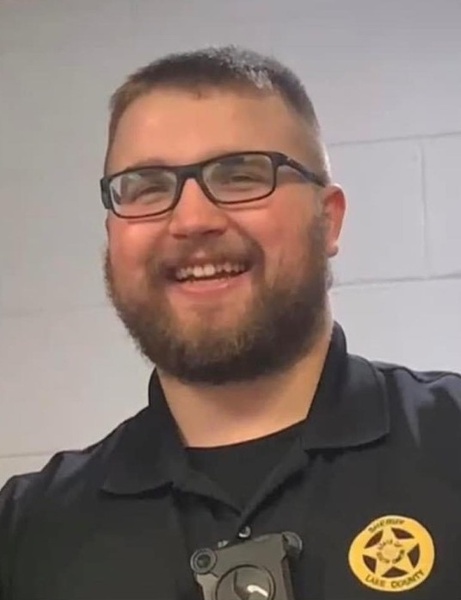 Braxton Michael Hofman’s earthly journey came to a close on February 7, 2022, at Regions Hospital, St. Paul, MN.  He was cradled in the arms of his Savior and carried to his eternal home after a brief illness.

Visitation will be Thursday, February 10, 2022, from 5 pm to 8 pm with a prayer service beginning at 7 pm at Faith Evangelical Free Church in Wahpeton. His funeral service will be held at 10 am on Friday, February 11, 2022, with visitation one hour prior to the service at the church. Pastor Peter Erickson and Rev. Grant Graff will officiate the services.  A live stream of the services will be available on the funeral home's website. Arrangements have been entrusted to Vertin-Munson Funeral Home in Wahpeton.

Funeral services in Nunda, SD, will take place at Grace Lutheran Church on Saturday, February 12, 2022, at 10 am, with visitation one hour prior to the service. Burial will follow at Prairie Queen Cemetery, with a luncheon at Nicky’s restaurant. Arrangements have been entrusted to Rustand-Weiland Funeral Home in Madison, SD.

In Madison, SD, on January 15, 1999, Braxton was placed in the loving arms of his mom, Stephanie, and dad, Brad, and so his journey began.  He was the older brother to Dawson, Josiah, and Joshua.  Braxton was more than a brother, he was Joshua’s go to guy/mentor, Josiah’s mechanic/car guy and the brother that paved the way for Dawson to learn life lessons. Traditional classroom learning wasn’t always treasured by Braxton, but he roamed the halls and shared his zest for life at Wyndmere Public School, and after the family moved to Wahpeton, Braxton received his diploma graduating from Wahpeton Public School in 2017.   Braxton’s journey after High School led him to explore classes in criminal justice at Alexandria Technical College and NDSU.  While searching his path led him to employment with Jerry’s Excavating in Casselton for about a year.  Braxton discovered he had a passion that circled around target shooting and gun ranges.   He had a dream to build his own range on his grandpa’s farm in South Dakota. The map that guided Braxton’s journey led him back to where he started his life in South Dakota.

He became the little brother his uncle Micah never had, and Micah was the big brother Braxton never had.  The bond that Micah and Braxton had was solidified when Braxton followed Micah into the world of law enforcement.  Braxton joined the team at Lake County Sheriff’s Department as a corrections officer in July of 2020.  Braxton was dedicated and hardworking, so one job wasn’t enough, and he joined the Brookings County Sheriff’s Office part-time.  Braxton explored employment for a brief time with the Minnehaha County Sheriff’s Department. Braxton treated the inmates with grace and mercy, acknowledging life doesn’t always go exactly as planned.  Braxton’s journey had its own twist, turns, and wasn’t always smooth but he weathered any bumps because he was grounded in his faith, confident in the love of his family, and trusting that each new day held great adventure. Braxton's Memorial Folder
To order memorial trees or send flowers to the family in memory of Braxton Hofman, please visit our flower store.