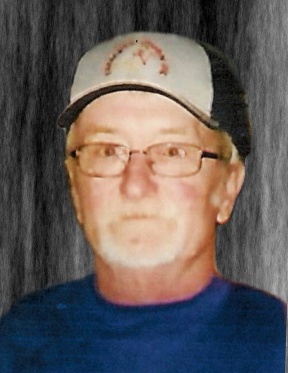 Bruce Olson, 66, of Breckenridge, MN, passed away on Wednesday, January 15, 2020 at Sanford Medical Center in Fargo, ND, surrounded by his family.  Visitation will be held on Monday, January 20, 2020 from 1:00 PM to 2:00 PM, followed by his funeral service at 2:00 PM at Vertin-Munson Funeral Home, Wahpeton, ND.  Rev. John Andrews will officiate the service.  Burial will be at a later date at Foxhome Cemetery in Foxhome, MN.  Arrangements are entrusted to Vertin-Munson Funeral Home.

Bruce was born on October 2nd, 1953 to Clyde and Ethel (Thimjon) Olson in Breckenridge, MN. He attended and graduated from Wahpeton High School. After his schooling, Bruce moved to St. Paul, MN for a number of years and then to Montana, before eventually moving back to Wahpeton. Bruce married Gayle DeFries on March 12th, 1998 in Breckenridge, MN. He worked at a muffler shop in St. Paul and at Primewood in Wahpeton until he retired.

Bruce was a man who would do anything for his family, especially his grandchildren. He was an avid sports fan, especially the Minnesota Vikings and Minnesota Twins. Bruce loved to fish, woodwork, and go to the casino. He had a cat, Smokie, whom he would consider his best friend.

Bruce was preceded in death by his parents Clyde and Ethel (Thimjon) Olson, his siblings Dennis, Doug, Roger, Carol and many more.

The family of Bruce would like to thank the staff of Sanford Health in Fargo, ND for the care that he received throughout his stay. Bruce's Memorial Folder
To order memorial trees or send flowers to the family in memory of Bruce Olson, please visit our flower store.