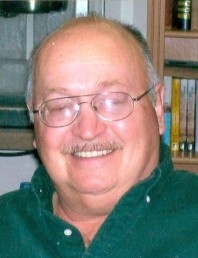 Bryant Kressin, 69, of Breckenridge, MN, passed away on Monday, November 18, 2019 at Sanford Health on Broadway, Fargo, ND.  Visitation will be on Saturday, November 23, 2019 from 10 AM to 11 AM followed by his memorial service at 11 AM at Immanuel Lutheran Church in Wahpeton, ND, with Pastor Lyle Kath officiating.  Burial will be at Sunset Memorial Gardens in Fargo at a later date.

When Bryant was 5, he moved to North Dakota and was raised by his Godparents, Eldo and Gerlinda Luebke of Colfax, ND where he lived until he turned 18.  Bryant served in the North Dakota National Guard for 5 years.

Bryant will be truly missed by his brother, Jerry (Faith) Luebke of Fargo; he leaves to mourn his passing a brother, Dale Kressin of Wahpeton.

He is preceded in death by his Godparents, Eldo (Gerlinda) Luebke; brother, Glenn Luebke; and sister, Candace Westphal.

Arrangements have been entrusted to Vertin-Munson Funeral Home, Wahpeton, ND. Bryant's Memorial Folder
To order memorial trees or send flowers to the family in memory of Bryant Kressin, please visit our flower store.