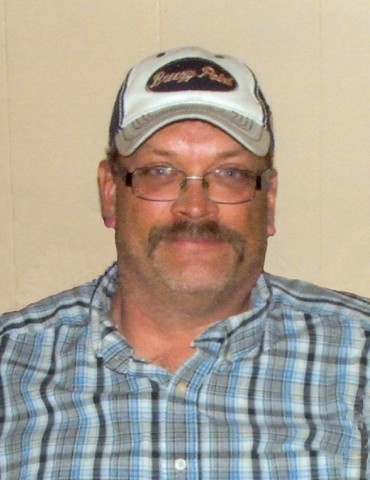 Burt John Kurtz, age 49, of Fairmount, ND, passed away suddenly at Lake Region Healthcare, Fergus Falls, MN on Thursday, August 13, 2020.  Visitation will be on Friday, August 21, 2020 from 9:00 am to 10:00 am followed by his funeral service at Vertin-Munson Funeral Home in Wahpeton. A livestream of his service will be available on the funeral home’s website.  Burial will be in Calvary Cemetery, rural Fairmount. Arrangements are entrusted to Vertin-Munson Funeral Home.

Burt was born October 28, 1970 to Robert and Agnes (Stach) Kurtz in Breckenridge, MN and grew up in Fairmount, ND.  He was the sixth of seven children.  Burt attended Fairmount Public Schools, earning a GED from NDSCS in 2005 and a Bachelor’s in Architectural Drafting.

Burt met his soulmate in high school, and in 1991 he married Sally Kutter.  To this union two children were born, Keasha in 1993 and Colby in 1999.  His one and only granddaughter, Amara, was born to Keasha in 2018, and adored and worshipped her “PaPa.”

He was an avid fisherman and loved Bison football.  He enjoyed playing games with his family and friends.  Burt was known to never be judgmental and liked everyone.  He always saw the good side of people.

He had an extensive career in construction and agriculture having worked for Falk Drilling, the Meyer Farm, Leonard Noel, Tedrow Construction, and the Jeff Muehler Farm, as well as owning Eagle Ridge Construction.

In lieu of flowers, a donation can be made to the family to help with expenses.

To order memorial trees or send flowers to the family in memory of Burt Kurtz, please visit our flower store.