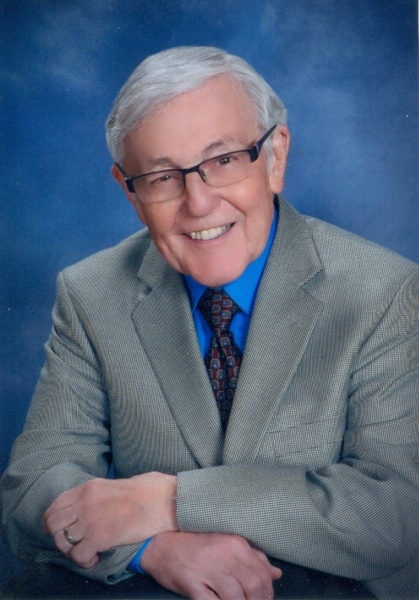 Carmen E. Plummer, age 80, passed away peacefully on Friday, January 24, 2020, at St. Francis Medical Center, in Breckenridge, MN. Visitation will be held Wednesday, January 29, 2020, from 5 PM to 7 PM, followed by a prayer service at 7 PM at Vertin-Munson Funeral Home in Wahpeton. Visitation will continue on Thursday, January 30, 2020, from 1 PM to 2 PM, followed by his memorial service at Evergreen United Methodist Church in Wahpeton. Pastor Jen Tyler will officiate the service. Burial will be at Fairview Memorial Gardens at a later date. Arrangements have been entrusted to Vertin-Munson Funeral Home.

Carmen was born in Devils Lake, ND August 15, 1939, the son of Alison Harris and Emma (Blood) Plummer.  He graduated from Sarles High School. He attended college at Mayville State University earning a Bachelor’s degree, and earned his Master’s degree from the University of North Dakota, Grand Forks.  On August 1st, 1964, he married Jeanette Sommer in Hannah, ND.

From 1962-1968, Carmen taught math and business at Souris & Cleveland, ND.  He served as the high school principal in Cleveland, ND. In the summer of 1968, he and Jeanette moved to Wahpeton, where Carmen was employed at NDSCS for 31 years.  He developed the Purchasing Department and was also responsible for property control, central stores, motor pool, telecommunications and the copy center.

During his service at NDSCS, he supervised the purchasing needs of 19 new buildings, including the Student Center Addition, the Blikre Activities Center, the Stern Cultural Center, the Mildred Johnson Library and numerous other buildings. This was in addition to major renovations in both Old Main and Hektner Hall.  The campus experienced an unprecedented period of building construction during the 31 years of Carmen’s employment.

For those who knew Carmen, he was an impassioned supporter of Rotary International and their values since 1986 when he joined the Wahpeton Rotary Club.  He served as president in 1994 and as secretary for 14 years, 1997-2012.  Carmen is also credited with the ongoing success of the Community Blood Screening project which is sponsored by the Wahpeton Rotary Club.  He was recognized as a Paul Harris Fellow by Rotary International.  He served as the chair of the 4-Way Essay Contest.  This is a written competition for high school seniors to show their understanding and demonstration of healthy values.  Carmen and his wife Jeanette hosted two international exchange students through the Rotary Student Exchange Program.  Carmen was also awarded Rotarian of the Year in 2006 by the Wahpeton chapter.

Carmen was awarded the 2008 Mark Werre Community Service Award.  Carmen was active in the United Way of Richland-Wilkin County for many years, serving in several capacities.  He was a member of Evergreen United Methodist Church and served on church committees for the past 40 years.  Carmen and Jeanette volunteered at the McCurdy School in Espanola, New Mexico, teaching math to high school students.  The McCurdy School is affiliated with the United Methodist Church.

He was active in the Wahpeton Hockey Association from 1978-1986 and served as president in 1984 during the construction of Wahpeton’s first indoor ice arena.  He served on the fund-raising and building subcommittees of the Stern Sports Arena from 1980-1984.  Carmen was also the North Dakota Amateur Hockey Association State Director from 1982-1985.

Carmen was a supporter of the arts and was a charter member of the Twin Town Artist Series, an entity that began in 1996.  In 2000 Carmen and Jeanette founded the Carmen and Jeanette Plummer Scholarship at NDSCS that benefited multiple performing arts students for the following decade.  Carmen also supported the NDSCS Dreams Auction since its inception in 1996.

Carmen was involved with the Kinship Program for Richland and Wilkin counties for many years. He devoted countless hours to promoting the well-being and success of many young persons in the community.

Carmen served as a substitute teacher in the Wahpeton School District for many years following his retirement, where his passion for education continued.  He was also involved with volunteering at St. Francis Nursing Home.  It is fair to characterize Carmen as a lifelong learner and educator.  Carmen was proud of the fact that his three children attended NDSCS, prior to receiving advanced degrees.  Upon his retirement from NDSCS in 1999, Carmen and Jeanette traveled extensively, including travels to five continents.

Above all, Carmen loved his children and grandchildren and enjoyed attending all of their music and sporting events.

He is preceded in death by his parents, and an infant sister.