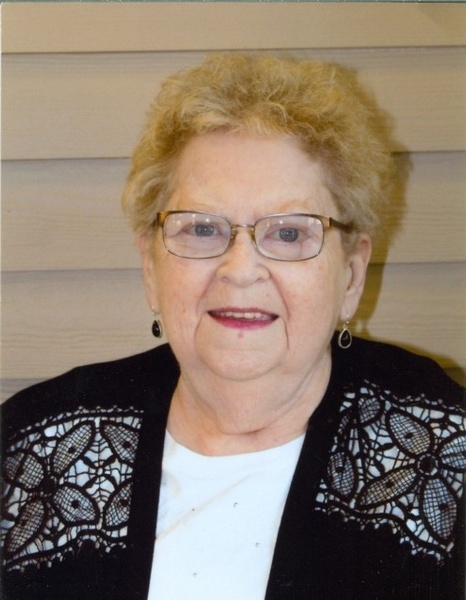 Carol J. Manock, 83, of Breckenridge, MN, formerly of Wahpeton, ND passed away on Monday, July 30, 2018 at CHI St. Francis Nursing Home, Breckenridge under the care of CHI Health at Home Hospice.  Visitation will be held from 1:00 pm to 2:00 pm, followed by the funeral service at 2:00 pm on Saturday, August 4, 2018 at Bethel Lutheran Church, Wahpeton, with Rev. Julè Ballinger officiating.  Burial will follow the service at Fairview Memorial Gardens, Wahpeton.  Arrangements have been entrusted to Vertin-Munson Funeral Home.

Carol Jean Bakken was born on June 8, 1935 in Wahpeton, ND to Ole and Verna (Kielb) Bakken.  She grew up in rural Wahpeton and graduated from Wahpeton High School in 1953.  She later attended North Dakota State College of Science for a short while.

Carol married Marvin Manock on April 1, 1956 at Bethel Lutheran Church in Wahpeton.  They made their home in Wahpeton where they raised their family.  Carol worked at the Richland County Welfare office, ASCS office, and Manock Meats.

Carol was a member of Bethel Lutheran Church. She enjoyed watching NDSU Bison football and the Minnesota Twins on TV. She loved doing puzzles and was especially fond of spending time with her family and friends.

She was preceded in death by her parents, Ole and Verna Bakken and her husband, Marvin Manock. Carol's Memorial Folder
To order memorial trees or send flowers to the family in memory of Carol Manock, please visit our flower store.