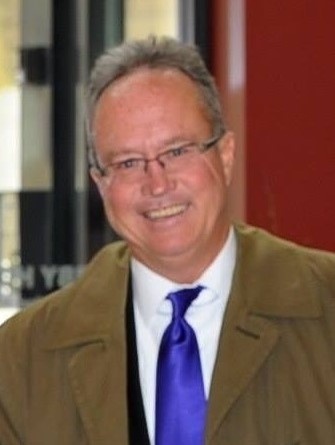 Cash L. Herman, 58, Fargo, ND, formerly of Wahpeton, ND, passed away at his home, Thursday, July 25, 2019.  His visitation will be on Wednesday, July 31, 2019 from 5:00 PM to 7:00 PM followed by a memorial service at 7:00 PM at Vertin-Munson Funeral Home in Wahpeton.  Fr. Tony Welle will officiate the service. Burial will be at Fairview Cemetery in Wahpeton.  Arrangements have been entrusted to Vertin-Munson Funeral Home.

Cash Lee Herman was born May 15, 1961 in Bismarck, ND to Durlyn and Liz (Terhell) Herman.  He grew up in Wahpeton, ND, graduating from Wahpeton High School in 1979.  He received his bachelor’s degree in Financial Management from the University of Texas. During his huge award-winning professional career in the financial industry, he worked as a broker, branch manager, and a financial planner in Beverly Hills, CA, Boston, MA, Denver, CO, Minneapolis, MN and Fargo, ND.

He was a crazy huge Minnesota Vikings fan, as well as an all sports fan.  He loved fishing and spending time with his family at their cabin on Pickerel Lake, MN, where he held the “family prize catch” for an eleven-pound walleye.  He also enjoyed cooking and being outdoors. Cash was very quick witted, had an amazing memory and was very good with numbers.  He was very proud of all his siblings.  He had a love for dogs, especially his own Shih Tzus, Cody and Vic.

He was preceded in death by his mother, Liz Herman in 2017. Cash's Memorial Folder
To order memorial trees or send flowers to the family in memory of Cash Herman, please visit our flower store.