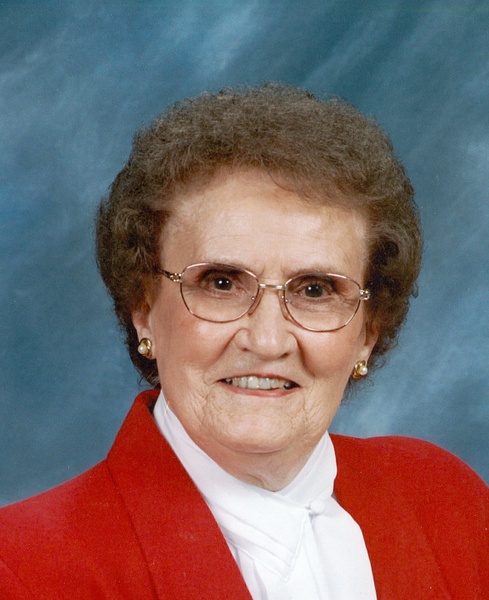 Catherine Goggin, 97, Wahpeton, ND passed away on Monday, May 29, 2017, at St. Catherine's Living Center, Wahpeton, ND. Funeral Mass will be on Thursday, June 1, at 10:30 AM at St. John's Catholic Church, Wahpeton, ND with Rev. Dale Lagodinski officiating. Visitation will be on Wednesday from 5:30 PM to 7 PM with a prayer vigil at 7 PM at Vertin-Munson Funeral Home, Wahpeton. There with also be a visitation one hour prior to the service at the church on Thursday with a Christian Mother's Rosary at 9:30 AM. Burial will be at Calvary Cemetery, Fairmount, ND. Arrangements are entrusted to Vertin-Munson Funeral Home, Wahpeton, ND.

Catherine Vivian Campbell was born on November 22, 1919 on a farm near Fairmount, ND in DeVillo Township to Edward and Kathryn (O'Keefe) Campbell. When Catherine's mother died in August of 1922 she and her sister, Mary, were sent to live at her maternal grandparent's home, James and Catherine O'Keefe. Her younger sister, Louise, went with their father, Edward, to live at their paternal grandparent's home in Illinois, not to be reunited until a visit in 1934. Catherine attended country schools and graduated from Fairmount High School in 1937.

Catherine was united in marriage to Jens Bertlesen on November 6, 1939. They had one daughter, Joan. Catherine worked at Von's Grocery, Bostrom's Store, and Clarence George's Drug Store. The family moved to Wahpeton, ND in 1963, where Catherine worked at the Red River Valley Clinic as a Nurse's Assistant until she retired on January 1, 1982. Jens passed away on January 18, 1965.

Catherine enjoyed baking and cooking, doing crossword puzzles, crocheting, and embroidering but most loved when her family would come for visits.

She was preceded in death by her parents, Edward and Kathryn Campbell, her first husband, Jens Bertlesen, her second husband, Patrick Goggin, her sisters, Mary Theede, and Louise Zuber.