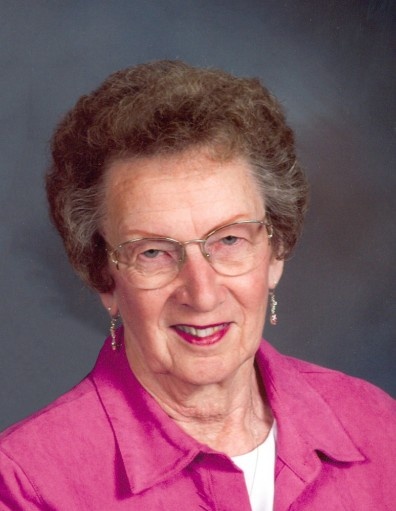 Catherine Evangaline Uhlich (88) of Wahpeton, ND, passed away peacefully on Saturday, October 19, 2019, at St. Catherine’s Living Center with her family by her side.  We appreciate the loving care received at St. Catherine’s Living Center and Hospice.  Visitation will be held on Wednesday, October 23, 2019 from 5:00 PM to 7:00 PM, followed by a prayer service at 7:00 PM at Vertin-Munson Funeral Home in Wahpeton.  Visitation will continue on Thursday, October 24, 2019 from 10:00 AM to 11:00 AM, followed by her funeral service at 11:00 AM at Bethel Lutheran Church.  Burial will be at Fairview Memorial Gardens, Wahpeton.   Arrangements are entrusted to Vertin-Munson Funeral Home.

Cathy was born on April 13, 1931 to Fred & Frances Scheiterlein of Ashby, MN.  Cathy and her brother, Jerry, grew up in White Rock, SD.  The family moved to Wahpeton when Cathy was 14.  She graduated from Wahpeton High School in 1949 and attended North Dakota State School of Science (now NDSCS) where she earned a degree in Stenography & Office Practice in 1951.

Cathy worked at her dad’s auto dealership, Westside Motors and Citizens 1st National Bank in Wahpeton.  She met Edwin Uhlich in 1951 and they were united in marriage on August 22, 1952.  They lived in Wahpeton and raised three children: Brian, Denise and Will.  They owned and operated Uhlich Oil and Northside Amoco for 40 Years.  Cathy helped with the bookwork for Uhlich Oil and ran a daycare out of their home.  Cathy belonged to the Wahpeton Elks, Wahpeton Jaycees and was a devoted member of Bethel Lutheran Church.  Ed and Cathy enjoyed weekends at their cabin on Deer Lake, MN. She loved spending time with family, especially grandchildren & great grandchildren. They attended numerous track meets, baseball, basketball, football and soccer games to support their children and grandchildren. Cathy and Ed spent winter months in Arizona, traveled to Alaska in their motorhome and attended Amoco conventions.

In lieu of flowers, donations can be made to CHI Health at Home Hospice in Breckenridge, MN.