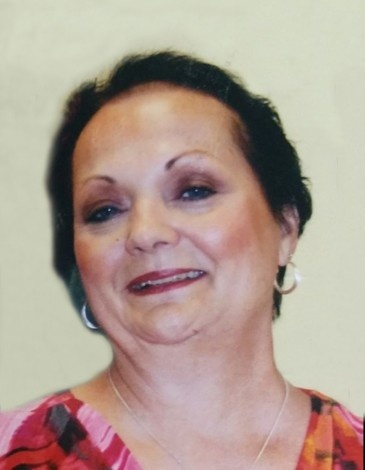 Cindy Koziol, 65 – years old, passed away on Wednesday, December 27, 2017, at her home surrounded by her family and under the care of CHI Health at Home Hospice. After her valiant fight with breast cancer in 1996, Cindy’s battle resumed May 2013 with Stage 4 Breast Cancer that spread to the bones. Her strong will to live, unwavering faith in God, and the love and prayers of family, friends, and many supporters carried her through 4 more years. Yet even throughout her own struggle with Cancer, she reached out to others affected by the horrendous disease in many ways.

Cindy was born May 13, 1952 to Elmer and Evelyn (Dawson) Albrecht near Rolla, ND.  She grew up on the farm in Rolla and later attended Oxford Township School, graduating in 1970.  Throughout her life she maintained a sweet and simple demeanor that won the trust and hearts of many, who even now are being changed by her witness of constant nurturing love and faith. Her signature gift of joy, shown through her constant smiling and laughter, will never be forgotten.

Married for 46 years, Cindy and Dareld raised their three dear children, Shane, Chad, and Nicole in Wahpeton. Possessing a true servant’s heart, Cindy faithfully cared for family and friends through delicious cooking/baking from scratch – including baking bread, sewing and crafting. A woman of faith and the heart of the Koziol family, Cindy shaped their spirituality by her tireless Christian example. With a real zest for life, she loved to sing, bake, and knit, especially with her Grandchildren.

Cindy was a devoted and loving mother.  She was very proud of her family. She loved holidays and family get-togethers; any chance to spend time with her family was important to her.  She would spend hours cooking and preparing for her company.

She was preceded in death by her father, Elmer Albrecht; and her brother, Robert Albrecht.

Visitation will be held on Tuesday, January 2, 2018 from 9:00 am to 10:30 am, followed by the funeral mass at 10:30 am at St. John’s Catholic Church, Wahpeton, with Rev. Dale Lagodinski officiating.  Arrangements have been entrusted to Vertin-Munson Funeral Home, Wahpeton.

Cindy's Memorial Folder
To order memorial trees or send flowers to the family in memory of Cindy Koziol, please visit our flower store.