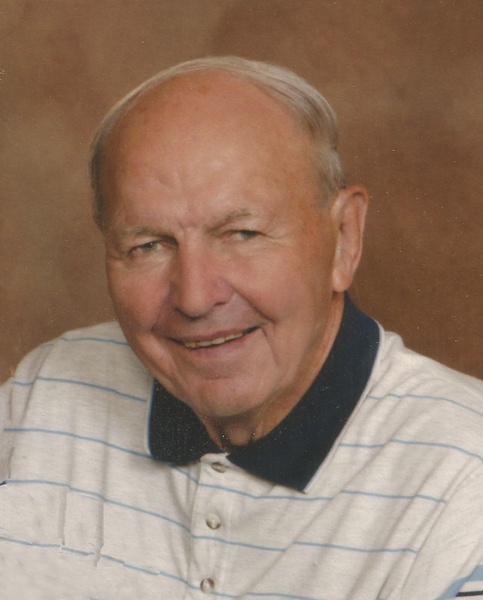 Clarence Bladow, 93, of Ottertail, MN, formerly of Wahpeton, ND, passed away on Thursday, May 6, 2021 at the Hadley House in Perham, MN.  Visitation will be held on Thursday, May 13, 2021 from 10:00 am to 11:00 am, followed by his funeral service at 11:00 am at St. John’s Lutheran Church, Ottertail.  Burial will take place at Fairview Memorial Gardens, Wahpeton.  A livestream of his service will be available on the funeral home’s website.  Arrangements have been entrusted to Vertin-Munson Funeral Home, Wahpeton.  The family would like to thank the staff at the Hadley House and Hospice of the Red River Valley for their wonderful care of Clarence.

Clarence W. Bladow was born on May 22, 1927 at Hankinson, ND to Robert H. and Alma (Sedler) Bladow.  He attended Brandenburg #3 country school, graduated from Wahpeton High School in 1945 and then attended the North Dakota State College of Science, Wahpeton. On February 1, 1951 he entered the United States Army and served during the Korean Conflict.  He was honorably discharged in 1953.  On October 24, 1953 he married Lorraine Buck at the First English Lutheran Church, Fairmount, ND.  Clarence had various employment in Wahpeton serving as Office Manager of N.W. Farm Management, Assistant Office Manager of Richland County Abstract Co., Richland County Deputy Register of Deeds, Leach and Gamble Co., Wahpeton as a bookkeeper, Citizen’s First National Bank in Wahpeton from 1953-1959 as Assistant Cashier and in 1959 as Branch Manager of Metropolitan Savings and Loan, Wahpeton where their first branch office was built; and held that position until July 1974 when he was transferred to the home office in Fargo and named Branch Coordinator for all the various branches in North Dakota and Minnesota.  Clarence was named Vice President of Metropolitan Savings and Loan in 1969 and was named a Director for Metropolitan in 1973.  Upon his retirement on December 31, 1985, Clarence and Lorraine built a new home on Ottertail Lake, MN and have resided there since.

He was preceded in death by his parents, Robert and Alma Bladow; three brothers; Ralph, Willard and Eldon Bladow; and a brother-in-law and sister-in-law, Fred and Jan Buck Jr.

In lieu of flowers, donations can be made to St. John’s Lutheran Church, Ottertail, MN, or “Quilts of Valor Foundation” and sent to Red River Quilters, Blair Larson, 814 3rd St. N, Wahpeton, ND, 58075.

To order memorial trees or send flowers to the family in memory of Clarence Bladow, please visit our flower store.