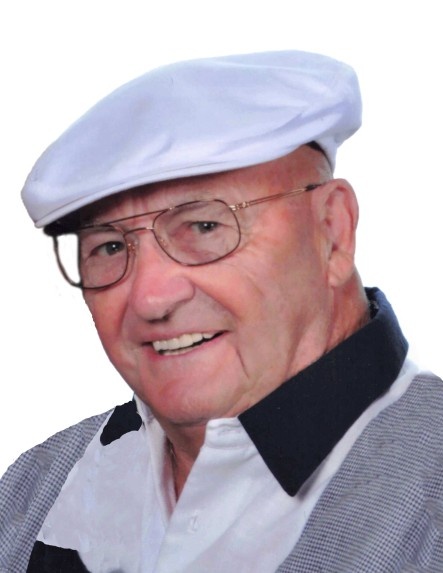 Clarence "Sonnie" Kutzer, 89, of Fairmount, ND, passed away on Wednesday, April 28, 2021 at Park Gardens Senior Living Center in Fergus Falls, MN.  Visitation will be held on Monday, May 3, 2021 from 10:00 am to 11:00 am, followed by his memorial service at 11:00 am at Vertin-Munson Funeral Home, Wahpeton, ND.  A livestream of his service will be available on the funeral home's website.

Clarence “Sonnie” Vincent Kutzer was born on October 17, 1931 to Clarence and Genevieve (Sauter) Kutzer in Fairmount, ND.  He grew up south of Fairmount with his six siblings where they farmed.  He graduated from Fairmount High School and then continued his schooling at the Ellendale Normal Farm Course.

On February 21, 1952, Sonnie was united in marriage to Darlene Thiel in Fairmount.  They lived in the Fairmount area their entire life where they were blessed with four children, Kevin, Karen, Kitti, and Kyle.  He farmed with his father until his boys were old enough to join the operation.  Having raised sugar beets for Crystal Sugar, he was one of the 40 founding growers on the board for the Minn-Dak Sugar Beet Corporation in 1974, and was also on the original group that worked to get beets into the southern valley.

Sonnie was a lifelong member of St. Anthony’s Catholic Church where he sat on the church council, and he was also a member of the Knight’s of Columbus, the Eagles, the Elks, and the Moose.  He was a loyal Cenex customer where he sat on the board for many years and he also served on the board of the First Fairmount Improvement Club.  He enjoyed league bowling, deer hunting, yardwork, traveling with his wife to all of the states in their motorhome, and also golfing, where he was an influential part in helping build the golf course and club house in Fairmount.  What he loved most of all, was spending time with all of his wonderful family.

Sonnie was a kind, patient, honest, humble and God-Loving man.  He led by example and he taught his children to work hard, never quit until something was fixed or finished, enjoy the fruits of their labor, and always remember to have fun with their family.

He was preceded in death by his parents, Clarence and Genevieve Kutzer; his daughter, Karen Stein; and his brother and sisters.

To order memorial trees or send flowers to the family in memory of Clarence "Sonnie" Kutzer, please visit our flower store.