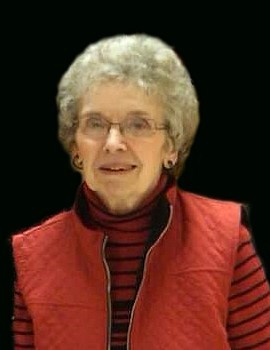 Connie R. Smith, 79, of Wahpeton, ND, passed away on Sunday, November 8, 2020 at St. Catherine’s Living Center in Wahpeton.  A memorial service for Connie's family will be held at 2:00 PM on Tuesday, November 10, 2020, at Vertin-Munson Funeral Home in Wahpeton.  The service will be live-streamed at www.VertinMunson.com, where condolences for the family may also be left. Arrangements have been entrusted to Vertin-Munson Funeral Home.

Connie Rae DeVries was born on January 29, 1941, to Elmer and Inez (Keeney) DeVries in Wahpeton, ND.  She grew up south of Wahpeton and attended Wahpeton Public Schools, graduating in 1958 from WHS.  Connie was baptized and confirmed at Immanuel Lutheran Church in Wahpeton.

In July of 1959, she married ElRoy Smith and they made their home on a farm west of Wahpeton.  Connie worked in the dietary department at St. Francis Hospital for 19 years.  She then helped in the setup at Wal-mart, where she worked for 7½ years.

She volunteered at the Eagles Club where she held many offices including president and served as auxiliary secretary for many years, she was also part of the initiation ritual team. She loved listening to music and dancing, and had a big heart for animals, especially her beagle, Scooter, who she loved for 15 years.  She enjoyed her years as a 4-H leader and was a consistent and generous blood donor with the American Red Cross.  She also helped during elections by donating her time to the Center Township Polling place.

She is preceded in death by her parents, Elmer and Inez; brother, Gene DeVries; granddaughter, Melissa Peterson; and brother-in-law, Dale Couillard.

In lieu of flowers, donations may be made to American Red Cross Blood Drive or the Richland-Wilkin Humane Society.

To order memorial trees or send flowers to the family in memory of Connie Smith, please visit our flower store.