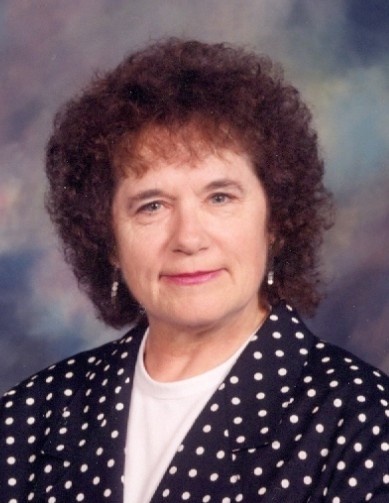 Cora Lovdokken, 80, Wahpeton, ND, passed away Saturday, March 10, 2018 at her home under the supervision of CHI Hospice and the loving care of her sons. Visitation will be Thursday, March 15, 2018 from 3:00 p.m. to 4:00 p.m. followed by the funeral service at 4:00 pm at Vertin-Munson Funeral Home, Wahpeton, ND with Pastor Jule’ Ballinger officiating.
Arrangements have been entrusted with Vertin-Munson Funeral Home, Wahpeton.

Cora was born July 21, 1937 at Lidgerwood, ND, the daughter of Otto and Elizabeth (Faktor) Loessin. As a young girl she moved to Breckenridge, MN, where she attended school. She was united in marriage to Ulrich “Spade” Lovdokken in 1954. The couple lived in the Breckenridge/Wahpeton area and raised their four sons. Cora and “Spade” started a boarding and grooming kennel which they continued to operate for over 30 years. Spade passed away November 20, 2016, and with the help of her sons she continued to live in her home.

Cora enjoyed following her sons in their sporting activities, including being a den mother for them when they were Cub Scouts.

She was preceded in death by her parents, her husband, a brother, Daniel Loessin; and three sisters: Marie Beltz, Beverly Lou Nelson, and Rose Ellen Ruscomy. Cora's Memorial Folder
To order memorial trees or send flowers to the family in memory of Cora Lovdokken, please visit our flower store.