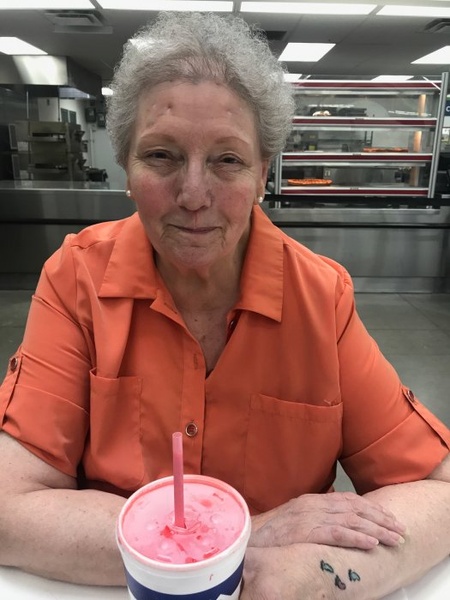 Darlene Worner, 75, of Lindstrom, MN, formerly of Wahpeton, ND, passed away on Thursday, April 2, 2020, at Parmly on the Lake Assisted Living in Chisago City, MN.  A private family burial will be held at Fairview Cemetery, Wahpeton, and a memorial service will be scheduled at a later date.  The family asks that you please share any memories of Darlene that you may have on her tribute wall on our website. Arrangements are entrusted to Vertin-Munson Funeral Home.

Darlene Leona Heiderschied was born on August 13, 1944 to Alfonse and Luella (Robertson) Heiderschied in Breckenridge, MN.  She grew up in Wahpeton and later graduated from Wahpeton High School.  After her schooling, she traveled around for a short while before returning to Wahpeton.

On February 19, 1965, Darlene was united in marriage to Denis D. Woytassek.  They made their home in Wahpeton where they raised their three children.  She was later re-married to Allen Worner in Wahpeton.  Darlene worked for a short while at Dutchman’s Bakery and Clem’s Café, before working at St. Francis Nursing Home in Breckenridge for a number of years.

Darlene was a selfless person and the best Mom that you could ask for. She was very devoted to her family and worked her entire life to provide for them.  She was very close with her great-grandson, Scott, and loved spending time with him.  She also liked staying in touch with her Indian Heritage, and enjoyed going to many of the Pow-Wow’s in Sisseton, SD.

She was preceded in death by her husband, Al Worner; and her parents, Alfonse and Luella Heiderschied.

If you wish to send a memorial at this time, please forward them to:

To order memorial trees or send flowers to the family in memory of Darlene Worner, please visit our flower store.