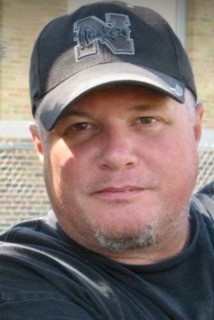 Darwin Lou Boe, age 59, a resident of the Wahpeton-Breckenridge area, passed away unexpectedly on February 11, 2021. Visitation will be held on Saturday, February 20, 2021 from 9:30 am to 10:30 am, followed by his memorial service at 10:30 am at Vertin-Munson Funeral Home in Wahpeton. Interment of ashes will be at Pelican Lake Cemetery, Ashby, MN, at a later date.  A livestream of his service will be available on the funeral home’s website.  The family asks that you please wear a mask if you plan to attend in person.  Arrangements are entrusted to Vertin-Munson Funeral Home.

Darwin was born October 6, 1961 in Alexandria, Minnesota to Llewellyn “Lou” Boe and Audrey (Helle) Boe, both of Ashby, Minnesota, and was confirmed at Bethlehem Lutheran Church in Fergus Falls, Minnesota. He graduated from Fergus Falls High School in 1980. A varsity letterman in football and track for the Otters, he was a gifted athlete with a competitive spirit, eventually earning a scholarship to Minnesota State University Moorhead to run track. An avid sports fan later in life, he enjoyed watching Nebraska Cornhuskers and NDSU Bison football on Saturdays with friends and family.

Darwin was trained in Occupational Therapy and worked with patients at various care facilities throughout his career. Always a jokester, he was noted in his ability to make patients, coworkers, and friends laugh, brightening their days. He later worked at Bobcat in Wahpeton, North Dakota. He was a proud, loving father who often took his sons fishing and on bike rides in the Minnesota summers.

Darwin was preceded in death by his parents. He is survived by his three sons, Jordan (Ashley) Boe of Edina, and Zachary and Tyler Boe of Breckenridge; grandsons Jackson and Tanner Boe; brothers Kendal (Kristi) Boe of Fergus Falls and Kevin (Allyson) Boe of Moorhead; and niece Kylie Miller of Fergus Falls; along with many aunts, uncles, and cousins. Darwin will be greatly missed.

In lieu of flowers, donations can be made to St. Jude Children’s Hospital or to the ASPCA.

To order memorial trees or send flowers to the family in memory of Darwin Boe, please visit our flower store.