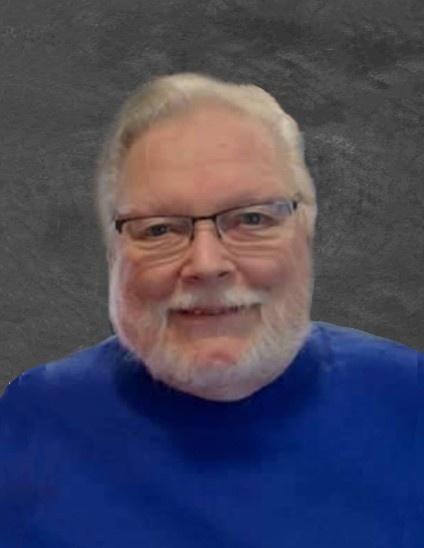 A Celebration of Life for Dave Engstrom, M.D.

will be held at Chahinkapa Park Band Shelter in Wahpeton, ND

Dave’s only wish was that his friends get a chance to jam and play for his final goodbye.

Hope you can attend and share stories.  There will be a light lunch.

David Engstrom, 69, of Wahpeton, ND, passed away peacefully at his home on Wednesday, December 16, 2020.  A celebration of life will be held by David’s family at a later date.  Arrangements have been entrusted to Vertin-Munson Funeral Home.

David C Engstrom was born in Pittsburgh, PA to Dr. Perry and Mary Lee Engstom in 1951.  The family moved to Wahpeton, ND in 1955.

David spent a good part of his early life playing music with friends. He attended UND and was admitted to the first class to graduate with an MD degree from the UND School of Medicine.  He then trained in the first full class of residents in Internal Medicine in Fargo, ND.

He enjoyed teaching, so did an additional year of training and joined the staff of the Fargo Veterans Administration Hospital and the faculty of the UND School of Medicine.  Over the next few years he had the opportunity to work on the Medical Schools programs that were developing in the Fargo Campus.  These included teaching Physical Diagnosis and Medical Problem Solving for undergraduates, and further development of residency training in Surgery, Psychiatry, and Obstetrics.  During that time he assumed increasing administrative duties in the Veterans Administration.  He eventually served as the Director of the VA Medical Center and the Regional Office Center in Fargo while continuing teaching and administrative duties the UND School of Medicine.

In 1988 he relocated to the Saginaw Campus of the Michigan State University College of Human Medicine as an assistant dean of the Medical School and CEO of a nonprofit Medical Education Corporation known as Saginaw Cooperative Hospitals Inc. SCHI grew over the years enlarging the undergraduate medical student program, attaining fully accredited residencies in Obstetrics and Gynecology, Internal Medicine, General Surgery, Family Medicine, Emergency Medicine and Continuing Education services for licensed professionals.

He participated in state and national organizations related to Medical Education and was recognized for many accomplishments over his career but was always quick to remind people that most of what was accomplished was really due to the fact that though he had no training in education or administration he had an ability to help others to set higher goals than they had for themselves and found himself in a position to help them attain them.

In the mid 1990’s following a car pedestrian accident he returned to playing music in part to rehabilitate his injuries. Though he had never quit playing music this return to the fellowship of musicians was enticing enough to convince him to leave Medicine and return to music and have a personal life which he had not succeeded in doing to that time.

Around the turn of the century he returned to Wahpeton for a class reunion and family reunion. He met Myrna Ball who lived next door to his father Perry and new mom Karen Engstrom.  Myrna had two daughters Rae and Julia.  Over time the girls came to accept him hanging around the house and sharing life with Myrna. The girls developed their careers and Rae married Todd Hosford.  Julia married Adam Roland.  “Grampa Dave” was the title he cherished most though he never was a father.  The Hosford kids, Reese, Huston and Breck along with their cousin Olivia Roland were the best part of life.

Dave is survived by Myrna Ball of Wahpeton,“mom” Karen Engstrom, Rae Hosford (Todd, Reese, Huston and Breck) Julia Roland (Adam and Olivia) of Fargo and his siblings Perry Engstrom of Ann Arbor MI, Robert Engstrom of  Wahpeton, Pam Erlandson (Mike) of Wahpeton, Pat Eggebean of Sioux City Iowa,  Dr Mary Anne Marsh (Kim) of Dickinson ND, Rick Carney (Kathy) of Milwaukee Wi, Ronda Stock of Detroit Lakes, MN, Eric Engstrom (Rich) of Providence RI, and Paul Engstrom (Wanda) of West Fargo, ND. And then there are a number of gifted musicians who let him perform with them and they will play on and on and on…

Memorials may be made to NDSCS Alumni Association (Kim Nelson) and CHI-Hospice.

To order memorial trees or send flowers to the family in memory of David Engstrom, please visit our flower store.