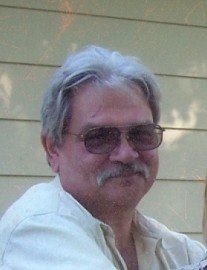 David Miller, 70, of Wahpeton, ND, passed away on Saturday, August 24, 2019, at CHI St. Francis Hospital in Breckenridge, MN. Visitation will be held on Friday, August 30, 2019, from 12:00 PM to 1:30 PM, followed by his funeral service at 1:30 PM at Vertin-Munson Funeral Home in Wahpeton.  Pastor Rene Hasbargen will officiate the service.  Arrangements are entrusted to Vertin-Munson Funeral Home.

He was born in St. Peter, MN, to Franklin Miller and Arline Berg on December 21, 1948. David lived his early childhood in St. Paul before moving to Bismarck to attend high school. After graduating high school in 1967, David entered the Air Force one year later and was stationed in Thailand. He was an Aircraft Control and Warning Radar Repairman, but spent a lot of time assisting with loading bombs during the Vietnam War. He had 8 years of service with the Air Force before transferring branches to the Army National Guard for another 6 years, and finally to the Navy Reserves to reach retirement after an additional 6 years. He was a highly decorated Service Member with some of his most significant awards being for his support in the Navy during Operation Desert Storm, where he was stationed in Port Hueneme, CA, in 1990.

He returned to the States in 1969 to Grand Forks, where he met the love of his life, Theane Tradewell, on a blind date in 1971. After getting married in Wahpeton in 1973, Theane and David moved to Mississippi where he worked in Radar Repair and then to Washington State, where they had one daughter named Tawnya.  David also worked for the Globe Gazette in 1978, before finding his career with 3M in 1980 in Industrial Maintenance for 16 years.

Anyone who knew David, knew that he loved music. Some of his favorite artists were Elvis, Brooks & Dunn, and Neil Diamond. He really enjoyed blasting Tales from the Crypt when he wasn’t spending time with his friends screaming at the Vikings or going fishing. He will always be remembered for being humble and loud at the same time. The memories he created with his family and friends over a cold beer will never be forgotten.

In lieu of flowers, please make donations to the American Alzheimer’s Association online, by phone at 952-830-0512, or by mail to David's Memorial Folder
To order memorial trees or send flowers to the family in memory of David Miller, please visit our flower store.