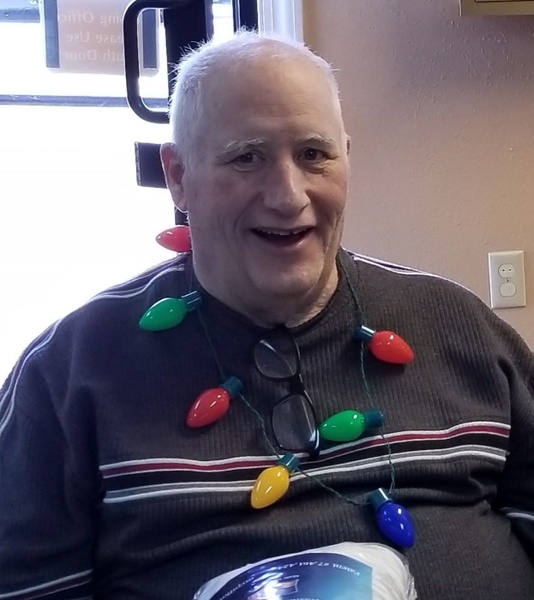 David Tuckett, 73, of Wahpeton, ND, passed away on Wednesday, January 9, 2019 at CHI St. Francis Healthcare in Breckenridge, MN.  Visitation will be held on Friday, January 18, 2019 from 2:00 pm to 3:00 pm, followed by the funeral mass at 3:00 pm at St. John’s Catholic Church in Wahpeton, with Fr. Tony Welle officiating.  Burial will be at Calvary Cemetery in Wahpeton at a later date.  Arrangements are entrusted to Vertin-Munson Funeral Home, Wahpeton.

David Jack Tuckett was born on April 9, 1945 to Herbert “Ken” and Betty (Buckey) Tuckett in Detroit, MI.  He attended high school in Gary, IN.  After high school, David attended college at Midwestern State University in Wichita Falls, TX, Southwest State University in San Marcos, TX, and the Southwest Texas State School of Business.  In 2007, David met Ilene Drewlow.  The two were engaged and were happily by each other’s side for six years.

He was preceded in death by his father, Herbert Tuckett in 1995.

David's Memorial Folder
To order memorial trees or send flowers to the family in memory of David Tuckett, please visit our flower store.