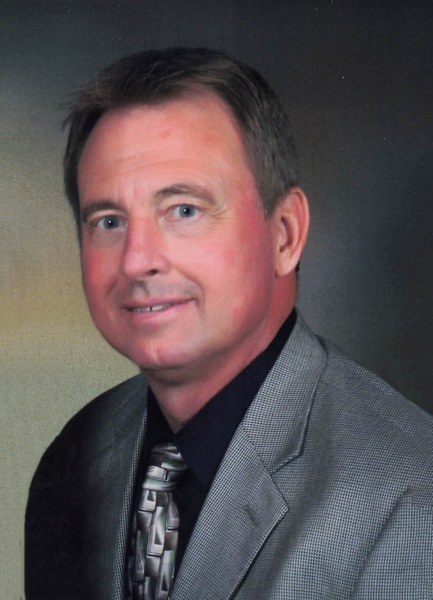 Dennis Allen Broderick (known to family and close friends as "Den", "Denny", or "Big Guy"), age 62, of Wahpeton, ND, was called home to be with his Lord on Wednesday, February 3, 2021, while he was hospitalized due to COVID-19 complications at the Mayo Clinic in Rochester, MN. A private family service will be held at Bethel Lutheran Church in Wahpeton with a future celebration of life with extended family and friends at a later date. The family invites you to attend virtually by watching the livestream of his service on the funeral home's website, www.vertinmunson.com on Friday, February 12, 2021, at 11:30 AM CST. Pastor Jake Dyrhaug will officiate the service. In lieu of flowers, donations can be made to NDSCS Catbacker’s Club or Gift of Life Transplant House in Rochester. Arrangements have been entrusted to Vertin-Munson Funeral & Cremation Service, Wahpeton.

Dennis was born to William “Bill” and Vernita (Dufner) Broderick in Minot, ND. During his early education, he attended Little Flower Elementary, and graduated high school from Bishop Ryan in 1976 in Minot. During his junior high and senior high school years he worked for his dad developing skills and a passion for construction projects and an ever-evolving mindset for expertise and precision.

After graduation, Dennis attended NDSCS (formerly NDSSS) for 2 years and excelled on the Wildcat Football Team, where he was tabbed Best Defensive Lineman. During his 2 years at “Science” he earned several accolades such as Team Captain, NDCAC All-Conference, and All-Region. Dennis finished his 4-year college career at Minot State University where he received additional football accolades including being scouted by several NFL teams and being invited to spring training camps, as well as the CFL. While his athletic ambitions were high, he had his heart set on becoming a husband and a father and did not wish to relocate to another state, but stay close to friends and family. During his 2 years at “Science” he met the love of his life, Pam, and they were married on August 15, 1981.

Dennis received his degree in Education at Minot State University and accepted his first teaching and coaching position in the Hettinger Public School System in 1985. It was during his 7 years in Hettinger that his 2 children, Ashley and Dylan, were born. While employed there he was able to fulfill his life-long passion of coaching his students in basketball and football. Dennis found true happiness in working with his students and leading them on a path to success.

He then obtained his Master’s in Guidance and Counseling from NSU in Aberdeen, SD, and accepted a position as High School Guidance Counselor in Devils Lake, ND in 1992. While there, he also continued his coaching career in football and basketball, including junior high and high school and taught Driver’s Ed in the summers. While Ashley and Dylan’s classmates envied the advantage of having private lessons by their dad, that was quite the illusion as their Driver’s Ed course lasted years, and often ended in tears, making dad take the wheel, and driving the last 2 blocks back home in complete silence.

In 2002, Dennis was inducted individually in the NDSCS Wildcat Football Hall of Fame and his 1977 Wildcat Football Team was inducted in 2017. His teammates at NDSCS meant so much to him and that care, support, and love has carried on to this day. While his family and friends were very proud of his accomplishments, he always said, “I couldn’t have reached these goals without the support of my team, it’s all about the team, not me!”

In 2006, Dennis accepted a position as Academic Counselor at NDSCS in Wahpeton and often he and Pam would joke that “they had now come full circle”, meeting at “Science” in 1976, and now living in Wahpeton once again 30 years later.

Dennis was a true student advocate and would work tirelessly to make sure every student had the tools necessary to succeed to their fullest potential. He was a man of compassion, integrity, grace, and positivity - where his mere presence when entering a room commanded respect without having to say a single word. His tremendous strength and positivity shown through when health issues arose in 1999.

Dennis was a 3-time kidney transplant recipient, received a total hip replacement, overcame sepsis, several bouts with pneumonia, multiple cancers, and several years of dialysis, all the while still pursuing his passion of helping students and working full-time. Uninhibited by his diagnoses, you could always find Dennis active; be it landscaping, building and staining decks, building a garage, pouring concrete, painting, or projects in the garage, and then re-doing everything until it was “level”, even if it meant noticing the slightest imperfection years later and then repairing it immediately. He would often ask Pam if she wanted to relax on the deck on a beautiful evening and she would reply, “Only if you promise to relax and not find something that needs fixing!”

Dennis developed a renowned base of friends throughout his years in education and athletics. His family and friends were of utmost importance to him and were included in many hunting and fishing trips. Family gatherings were always full of laughter, love, and cherished memories. His wife and children were the light of his life and they spent as much time together as possible. He had the utmost respect for all his colleagues in every position he held and found them to be quite influential in the development of his career.

As his family, we know that his calming and unassuming demeanor has touched so many lives in so many ways and he will be sorely missed.

Dennis is preceded in death by his father, grandparents, father-in-law, and several aunts and uncles.

To plant a beautiful memorial tree in memory of Dennis A. Broderick, please visit our Tree Store.

To order memorial trees or send flowers to the family in memory of Dennis Broderick, please visit our flower store.