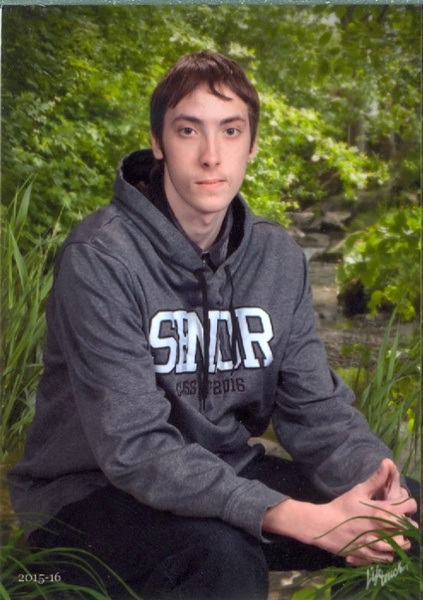 Derek Ryan Church was born on August 13, 1997 to Keith and Kelly (Estes) Church in Breckenridge, MN.  He was baptized and confirmed at First English Lutheran Church in Fairmount, ND.  He lived in several places in both North Dakota and South Dakota until his family settled in Rosholt, SD.  As a child, he was a spitfire and would get into plenty of mischief.  Derek attended Rosholt High School, graduating with the class of 2016.  He worked alongside his Dad on their hog farm all through school and continued to work there after graduating.

Derek was a hard-working man who was to the point and kept to himself.  He thoroughly enjoyed working for his boss, Caleb, who would let him take his ranger for rides whenever he wanted.  He loved his animals, and he took care of his twelve cats and two dogs, Sadie and Sally. Derek had a knack for working on things, especially old tractors, trucks, and model cars.  He liked spending time out camping, fishing, cooking, woodworking, collecting scrap iron with his Dad, playing his PS4, and watching movies, especially Westerns.  He adored his time spent with his niece and nephew, Addy and Dustin, and was always happy to be around his family.

Derek is survived by his father, Keith Church; his mother, Kelly Church; his siblings, Brandon (Stacy Clark) Church and Aaron Church; his niece Adalynn; his nephew, Dustin; his grandmothers, Darlene Estes and Joyce Church; and several aunts, uncles, and cousins.

He was preceded in death by his grandfathers, Elvin Estes and Bob Church; and several uncles, aunts, great-uncles, and great-aunts. Derek's Memorial Folder
To order memorial trees or send flowers to the family in memory of Derek Church, please visit our flower store.