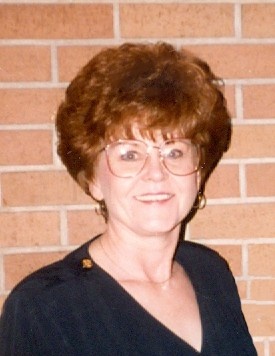 Diane Kelly, 76, of Wahpeton, ND, passed away on Sunday, November 4, 2018 at CHI St. Francis Healthcare in Breckenridge, MN.  Visitation will be held from 9:30 am to 10:30 am, followed by her memorial service at 10:30 am on Monday, November 12, 2018 at Vertin-Munson Funeral Home in Wahpeton. Her brother Jake Lillestol will officiate.  Arrangements are entrusted to Vertin-Munson Funeral Home in Wahpeton.

Diane was united in marriage to Richard Kelly on February 7, 1970.  The two made their home in Wahpeton where they raised their family.  Diane helped Richard manage Kelly’s restaurant and was involved in the restaurant industry for many years.  She also worked at the Circle of Nations for a number of years where she made long-lasting friendships, especially with the girls she cared for there.

Diane will be remembered as having a heart for hospitality and serving others.  She was a member of Bethel Lutheran Church where she utilized her gift for serving.  She and her siblings found many opportunities to get together, even making it a tradition for Diane, Patsy, Jerome, Jake, and Chad to go to Fargo to shop and observe Veteran’s Day.  She enjoyed bowling, where she qualified for the national tournament twice!  Diane loved dogs and helped out many rescue dogs throughout her life.

Diane was a dedicated mom, cheering at her children’s events, whether it was a band concert, a dirt bike race, a wrestling match, or a hockey game. She encouraged them in whatever their interests, be it skateboarding, bowling, or motorcycles.  The admiration didn’t fade as her children grew, she continued to support them in all their endeavors, from food service to disc golf, and her grandchildren’s endeavors, too.  She was the person you call when you needed to hear, “I believe in you!”

She liked being busy and marked family holidays lavishly with food, sometimes even balloons, and she never missed a chance to send a card.  She sought to make other people feel valued, heard, and lifted up in every moment spent with her.

In recent years, Diane remained active in her children’s, grandchildren’s and great-grandchildren’s lives through Facebook, using social media to engage with and encourage them.  She was also fond of following politics, talking Bison Football, and watching HGTV while enjoying a cup of iced coffee.

She was a trusted confidant and attentive listener; her family and friends found comfort in Diane’s fierce loyalty and unconditional acceptance.  Her generous spirit and endless capacity to love will remain with those who were touched by her life forever.

She was preceded in death by her parents; her husband, Richard; her sister, Patsy Janssen; her brother, Jerome Lillestol; and a granddaughter, Ashley Steed.

Diane's Memorial Folder
To order memorial trees or send flowers to the family in memory of Diane Kelly, please visit our flower store.