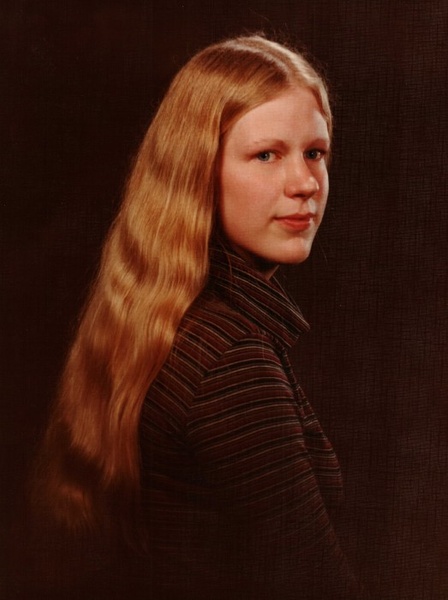 Dianne Tunby was born on January 19, 1960 to Verne and Mabel (Schnaible) Tunby in Aberdeen, SD.  She grew up in Houghton, SD and attended school through her sophomore in Hecla, SD.  Dianne enjoyed spending her time outside and loved all sports, but being almost 6 feet tall, basketball was her favorite.  She also enjoyed working on race cars for Friday night races and water skiing.

In 1976 Dianne and her family moved to Wahpeton, ND.  She graduated from Wahpeton High School in 1978.  After school, Dianne worked for Richland County Co-op where she pumped gas and helped work on cars.  In 1979 she was involved in a car accident that left her paralyzed.  In 1980 she went to the Craig Institute in Denver, CO for rehab and later returned to Wahpeton.

Dianne worked for Tim Tunby Trucking for 10 years where she answered phones and arranged loads.  She kept them busy and was always able to track Tim down (which was challenging in the days before cell phones).

Dianne had a love for cats and sharks.  She had three cats, Frankie, Stormy and Cooper and she spoiled them rotten.  They had tons of toys to play with and several cat stands to keep them busy.  They were her babies.  Although she couldn't have a shark as a pet, she collected shark figurines, jewelry, memorabilia and she even had a shark bathroom.

For the past 16 years Dianne was the Great Lakes Lighter Club right hand girl.  She corresponded with new and existing members from all over the world.  Published the club news letter, maintained the member roster, and was the liaison with the club's webmaster.  Dianne's was very passionate about her Zippo lighters.  She also collected antique lighters as well as other lighters, growing her collection to over 500.  Dianne took great pride in the work she did for the club along with the lighters she designed for them.

Dianne had many challenges throughout her life, but no matter what, she never felt sorry for herself and always put others first.  She will forever be remembered for her wonderful sense of humor, uplifting spirit and her heart of gold.

She was preceded in death by her parents, Verne and Mabel; brother, Thomas; uncle, Les; aunt, Joyce; her maternal and paternal grandparents; brother-in-law, Randy Baker; and nephew, Nicholas Tougas. Dianne's Memorial Folder
To order memorial trees or send flowers to the family in memory of Dianne Tunby, please visit our flower store.