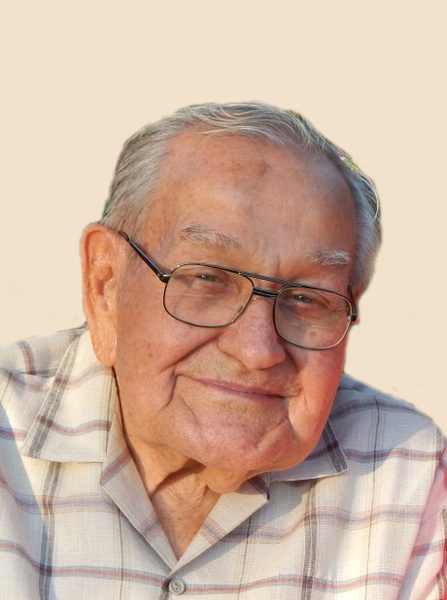 Donald S. Clute, Wahpeton, ND, formerly of Tolna, ND passed away Thursday May 4, 2017, at Bethany Nursing Home, Fargo, where he was receiving palliative care under the direction of Hospice of Red River Valley. Funeral services will be on Thursday, May 11, at 11:00 AM at Bethel Lutheran Church, Wahpeton, with Rev. Erika Buller officiating. Visitation will be on Wednesday from 4:30 PM to 7 PM with a prayer service at 7 PM at Vertin-Munson Funeral Home, Wahpeton. There will also be visitation one hour prior to the service at the church on Thursday. Burial will be at Tolna Cemetery, Tolna, ND. Arrangements are entrusted to Vertin-Munson Funeral Home, Wahpeton, ND.

Don was born June 19, 1924, to Stuart and Olga (Hatlestad) Clute. He grew up in the Hamar area and graduated from Hamar High School. After High School Don served in the Military and ran the local Grocery Store in Hamar.
Don married Charlene Beckman on June 25, 1955, and after living in Grand Forks for a short time Don and Charlene returned to Tolna. For the next 40+ years Don and Charlene made their home in Tolna raising a family and building their business, Don's Market. In 1995 Don retired from the grocery business and in 2005 Don and Charlene moved to Wahpeton to be closer to their children.
Don was active member of the American Lutheran Church in Tolna for 40+ years and became a member of Bethel Lutheran church after moving to Wahpeton. He was an active member of the Tolna Community Club during his many years in Tolna and he was an active member of the American Legion Post #162.
Don is survived by his wife Charlene of Wahpeton, one sister Betty (Monroe) Tweed of Tolna, his children Vicki (Pat) Trappen of Wahpeton and Stuart "Chip" (Maria) Clute of West Fargo, ND. Grandchildren Jessica (Carl) Springer of Wyndmere, Rick (Ashley) Trappen of Fargo, Sam (Aerika) Trappen of Wahpeton, Alex, Adam and Mariah Clute of West Fargo. Great Grandchildren Charlie and Jack Springer of Wyndmere, Blake Trappen of Fargo, and one on the way.
Don was preceded in death by his parents, Olga and Stuart, one brother, Charles Clute and two sisters, Dorothy Erickstad and Florence Myhre.