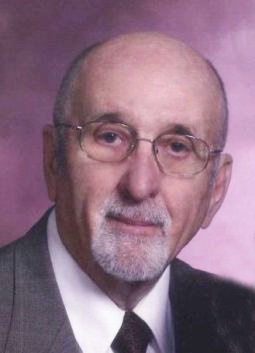 Don was a loving husband, devoted father, grandfather and great-grandfather. He will be remembered for his quick wit and infectious sense of humor, excellent gardening skills, fondness for the Great Northern steam trains, passion for higher education and last but not least, his endless desire for home cooked meals by his loving wife, Jackie, of 62 years. Don graduated from South Haven, Michigan High school in 1950. Following graduation, he began working on the Great Northern Railroad as a fireman in Minot, ND from 1952 until 1962. It was during this time that he proudly served his country with the United States Army during the Korean War as a PFC MPC from 1953 until 1955. In 1963 Don graduated from Minot State College with a Bachelor of Science degree and went on to teach high school at Rugby, ND. He eventually completed his Master's Degree from the University of North Dakota in 1971 and finished out his teaching career at North Dakota State School of Science in Wahpeton where he taught for twenty nine years in the business department retiring in 1995 to Pelican Rapids, MN to reside on Lake Lida where he loved to fish. He was a longtime member and past board member of the VFW and American Legion in several states and wore his Korean Veteran hat proudly, even up to his last hours. He enjoyed traveling with his wife, including many wonderful years of being a snowbird in Arizona. Don was adored by his family and respected by friends. He will be deeply missed by all.

In addition to his wife Jackie of Onalaska, he is survived by his children; Victoria (George) Lohmann of West Fargo, N.D. Terry (Deb) King of Wahpeton, N.D. Kathy (Gerard) Bercier of Jamestown, N.D. Tim (Maya) King of Danburry, Wis., Heather (Jim) Thiel of Cottage Grove, Minn., Holly (Costa) Sousou of Holmen, Wis., seventeen grandchildren and nine great grandchildren. He was preceded in death by his parents, one brother Victor King and one sister Mae Elizabeth Kottsick.

Memorial services will be held at 11am on Thursday, June 1, 2017 at Bethel Lutheran Church in Wahpeton. Pastor Erika Buller will officiate. Burial with military honors will be in the North Dakota Veterans Cemetery, Mandan. Friends may call on the family at the church on Thursday morning from 10am until the time of services. In lieu of flowers, memorials are preferred and will be Donated in Don's memory. The family is being assisted locally by Vertin-Munson Funeral Home of Wahpeton.