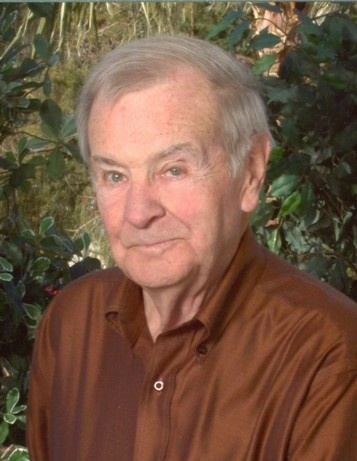 Donald “Don” Rubertus, 89, of Wahpeton, ND, passed away on Thursday, March 14, 2019 at St. Catherine’s Living Center in Wahpeton.  A rosary will be held on Monday, March 18, 2019 at 9:30 AM, followed by visitation at 10:00 AM, and his funeral mass at 11:00 AM at St. John’s Catholic Church, Wahpeton, with Rev. Dale Lagodinski officiating.  Burial will be held at Calvary Cemetery, Wahpeton, at a later date.  Arrangements have been entrusted to Vertin-Munson Funeral Home, Wahpeton.

Donald Rubertus was born on March 29, 1929 in Wahpeton, ND, to Roland and Clara (Schiller) Rubertus.  He grew up in Wahpeton, graduated from Wahpeton High School, and later attended St. John’s University.  Don served his country in the U.S. Air Force during the Korean War.  After being honorably discharged, he returned to Wahpeton.

On June 6, 1951, Don was united in marriage to Dolores “Dolly” Spellerberg.  The two made their home in Wahpeton where he worked for 25 years at Rubertus Clothing and later at Minn-Dak.

Don was a member of St. John’s Catholic Church, the Elk’s Club, the Vet’s Club, the Wahpeton American Legion, the VFW, the Chamber of Commerce, and the Bois De Sioux Golf Club.  In his free time, Don enjoyed golfing, hunting, and fishing.

He was preceded in death by his parents, Roland and Clara; his sons, Rick Rubertus and an infant baby boy, Joseph; and his brothers, Billy and Robert Rubertus.

In lieu of flowers, memorials may be made to St. John’s School in Wahpeton.