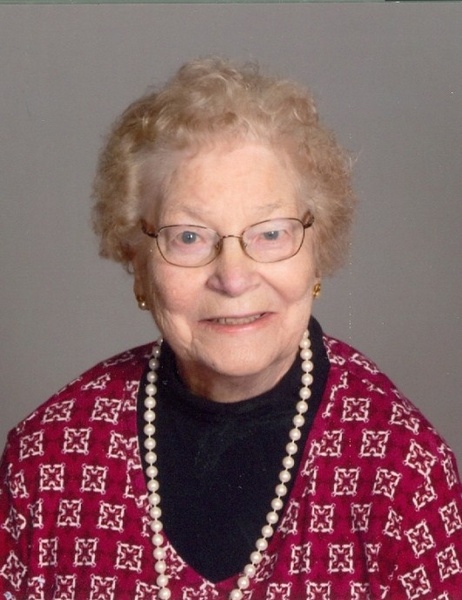 Dorothy L. Baumann, 96, of Wahpeton, ND, passed away Saturday, March 21, 2020, at Siena Court in Wahpeton.  Due to the health concerns currently impacting the country, a private family service will be held.  The family is planning a larger public service at a later date to honor Dorothy.

Dorothy Leona Baumann was born to George and Barbara (Harris) Herrmann on December 2, 1923, in Wheaton, MN. She was baptized on July 17, 1924, at St. John’s Lutheran Church in Wheaton and was a member there growing up.

On May 31, 1946, Dorothy was united in marriage to Corwin Gunderson at the same church she was baptized in. Together the couple raised six children in White Rock, SD before moving to Tintah, MN. As the children got older, Dorothy began working at a local café as a waitress and a cook and worked later as a clerk in a grocery store. Corwin passed away in 1976.

On November 25, 1978, Dorothy was united in marriage to Luther Baumann at Our Savior Lutheran Church in Norcross, MN. When they met, he had a 2 ½ year old son which she loved and raised like her own along with two other stepchildren. They made their life on a farm until they moved to Wahpeton in 1997. Their hobbies together included fishing, square dancing, bowling, gardening, playing cards, and camping. They dreamed of having a place at the lake so in 1989, they bought a camper and lodged it for many years at Swan Lake by Fergus Falls, MN.

After Luther’s passing in 2016, Dorothy spent her time doing crossword puzzles, enjoying flowers, and spending as much time as she could with her family. You couldn’t take her anywhere without someone knowing her sweet, bubbly, and genuine personality from somewhere. She was so kindhearted and the sound of her humming while working on tasks will truly be missed.

The family would like to give a special thanks to the staff at Siena Court for the loving and dignified care given to Dorothy during her stay there.