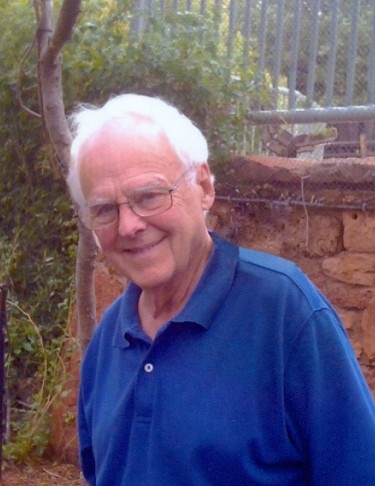 Douglas Savard, 80, of Wahpeton, ND, passed away Sunday, October 21, 2018 at Sanford Medical Center in Fargo, ND.  Visitation will be on Friday, October 26, from 1:00 pm – 2:00 pm followed by the Funeral Mass at 2:00 pm at St. John’s Catholic Church in Wahpeton with Fr. Dale Lagodinski officiating.   Burial will be in Riverside Cemetery, Breckenridge, MN.  Arrangements are entrusted to Vertin-Munson Funeral Home, Wahpeton.

Douglas John Savard was born on August 25, 1938 to Allarie and Laura (LaCoursiere) Savard in Detroit Lakes, MN.  He grew up in Detroit Lakes and attended Holy Rosary Catholic School.  After high school, he went on to NDSU and enrolled in their pharmacy program, graduating in 1958. After college he came to Breckenridge where he purchased and operated the Breckenridge Clinic Pharmacy for 42 years, until retiring.

Doug married Sheila Junge on April 28, 1972 in Breckenridge, MN.  The two made their home in Wahpeton where they raised their two children.

Doug loved cars and enjoyed meeting up with the Toppers Car Club.  One of his favorite pastimes was enjoying his collections.  He also enjoyed being outside, especially at the lake, and shooting off fireworks.  What he enjoyed the most, however, was hearing about his 3 grandchildren and their accomplishments.

He was preceded in death by his parents, Allarie and Laura Savard. Douglas's Memorial Folder
To order memorial trees or send flowers to the family in memory of Douglas Savard, please visit our flower store.