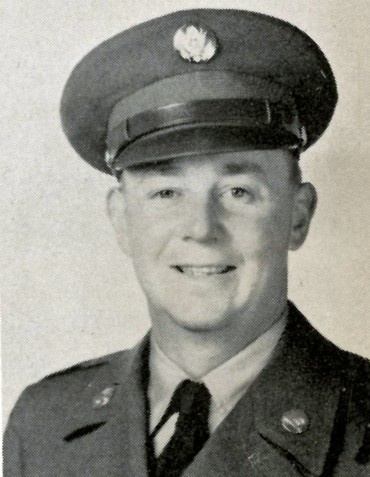 Doyle Thielman, age 88, of Hutchinson, MN, formerly of Wahpeton, ND, passed away on Wednesday, September 30, 2020, at Harmony Assisted Living in Hutchinson. Visitation will be held on Monday, October 5, 2020, from 12 PM to 1 PM followed by his 1 PM service at Vertin-Munson Funeral Home in Wahpeton. Burial will be held at Fairview Memorial Gardens in Wahpeton with military honors. Arrangements have been entrusted to Vertin-Munson Funeral Home.

Doyle Earl Thielman was born June 10, 1932 to Adolph and Clara (Wallock) Thielman, in Lidgerwood, ND.  He attended schools in Lidgerwood, graduating from Lidgerwood High School in 1949. On September 3, 1954, he married his high school sweetheart, Frances Berg at Bergen Lutheran Church in Lidgerwood. They lived and farmed near Lidgerwood for several years.  Doyle was drafted into the US Army in 1956.

Doyle and Frances moved to Wahpeton in 1958 and worked at Hingsten-Karst Motor Repair shop before he opened his own business. He owned and operated Thielman Electric Motor Repair, for twelve years.  After, he began his 22-year career as an electrician at Minn-Dak Farmers Co-op.  Doyle and Frances made a great team, she loved to play tricks on him, and they kept each other laughing.  Frances passed away in 2006 and Doyle moved to Hutchinson, MN in 2007 to be closer to family.  The greatest joy in Doyle’s life was spending time with his grandchildren and great-grandchildren.

His smile, good sense of humor, kind-heartedness, his caring, and thoughtfulness will be missed by all.  Doyle loved to drive around town several times a day, he enjoyed lake life, camping, golfing and telling stories. He had a love for labs and enjoyed feeding and playing with them. He was a 50 plus year member of the Fraternal Order of the Eagles in Wahpeton.

He was preceded in death by his wife, Frances; parents, Adolph and Clara; sister, Jane Foertsch; and granddaughter, Tiffani Bogenreif. Doyle's Memorial Folder
To order memorial trees or send flowers to the family in memory of Doyle Thielman, please visit our flower store.