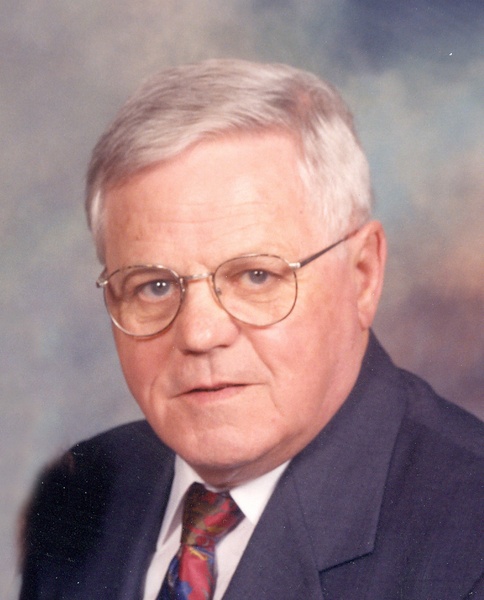 Dr. Charles Lindberg, 88, of Wahpeton, ND passed away on Thursday, May 18, 2017 at Essentia Health in Fargo, ND. Visitation will be from 5:00 pm to 7:00 pm on Monday, May 22, 2017 at Vertin-Munson Funeral Home, Wahpeton. Visitation will continue from 10:00 am to 11:00 am, followed by the funeral service at 11:00 am on Tuesday, May 23, 2017 at Bethel Lutheran Church, Wahpeton. Burial will be at Fairview Memorial Gardens, Wahpeton. Arrangements are entrusted to Vertin-Munson Funeral Home, Wahpeton.

Charles Loren Lindberg was born in Rugby, ND on June 10, 1928 to Loren and Mabel (Mollerstuen) Lindberg. He graduated from Concordia College in Moorhead in the spring of 1950. On December 27th, 1950, he married his high school sweetheart, Phyllis Grove, in Rugby.

Charles enlisted in the US Air Force and graduated from Officers' Candidate School with the rank of first Lieutenant. He was a proud veteran of the Korean War. Charles and Phyllis lived at various Air Force bases around the country, and he was ultimately shipped overseas to serve on Guam and Okinawa.

After his discharge, Charles and Phyllis moved to Forest Grove, Oregon, where he enrolled in the School of Optometry at Pacific University. Upon graduation in 1959, he moved his family (which now included three children) back to North Dakota where they settled in Wahpeton. Charles bought Dr. Henry Tillisch's optometry practice, and continued to practice optometry until his retirement in March of 1996.

Charles and Phyllis raised their four children in Wahpeton. Charles was an active member of the community having served as a school board member, a member of Rotary (his very first meeting was the day his son Jon was born in 1961). He was a member of the City Planning Commission, a board member for the Three Rivers Crisis Center, the library board and many other civic organizations. Charles and Phyllis were strong in their Lutheran faith, and Charles served on many committees at Bethel.

Charles was a long-standing and much respected member of the North Dakota Optometric Association, having served as the state president in the mid-1970s. He also served on the ND Board of Optometry, using a couple of his children as guinea-pig "patients" for newly graduated Optometrists.

Charles had a great intellect, and he passed his love of learning on to his children and grandchildren. He loved good music, good company, good food and a good laugh. He was an avid reader and read everything. Christmas, birthdays, Father's Day…. Give Dad a book.

Charles and Phyllis spent many wonderful summers with the family at their lake place on East Battle Lake. He loved his wife, his children, his grandchildren and his great sense of humor will be missed.

He was preceded in death by his parents, his wife, Phyllis, and his son, Jon.