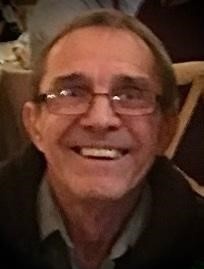 Duane (Dewey) Lyle Umlauf passed away on December 30, 2020 at his home with his wife by his side.  Dewey was born on November 23, 1950 to Kenneth and Marion (Harthun) Umlauf.  Dewey was proud to serve in the United States Army from 1967 to 1970, serving nearly 2 years in Vietnam.  He enjoyed weekends at the lake with his large Umlauf family.  Dewey retired from Minn-Dak after 38 years.  He enjoyed his daily trip to Sporty’s to spend time with the guys.

He was preceded in death by his father, Kenneth; sister-in-law, Kathy; and nephew, Arnie.

Cremation has taken place and a family burial is planned for next summer.

To order memorial trees or send flowers to the family in memory of Duane Umlauf, please visit our flower store.