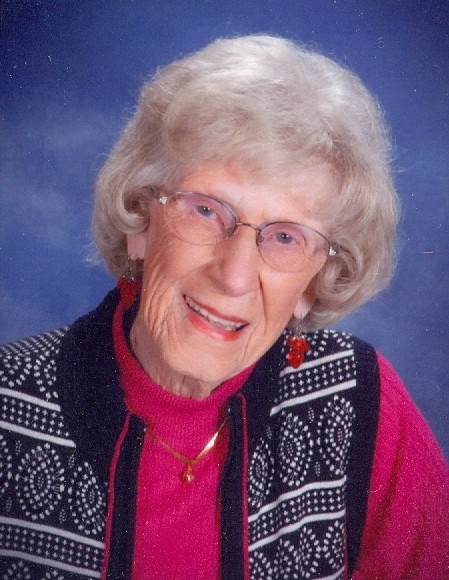 Edith Wawers passed away peacefully at Twin Town Villa in Breckenridge, MN, on Saturday, November 9, 2019, at the age of 95. The funeral service will be at 11:00 a.m. on Saturday, November 16, 2019, at Vertin Munson Funeral Home, Wahpeton, ND, with a visitation from 10:00 a.m. to 11:00 a.m. Burial will take place in Fairview Memorial Gardens in Wahpeton. Arrangements have been entrusted to Vertin Munson Funeral Home.

Edith was united in marriage to Leander Wawers in 1943. They farmed for many years near Fairmount and LaMars Township, where they raised their two children, Terry and LeeAnn. In 1980, they moved to Wahpeton, where they continued to live for many years. Terry passed away in 2013, and Leander passed away in 2014. Edith continued to live in Wahpeton, until recently moving to Twin Town Villa in Breckenridge.

She was preceded in death by her parents, William and Elizabeth Suess; husband, Leander; son, Terry; sister, Berniece Winkel, of St. Anna, WI, as well as many brothers and sisters-in-law. Edith's Memorial Folder
To order memorial trees or send flowers to the family in memory of Edith Wawers, please visit our flower store.