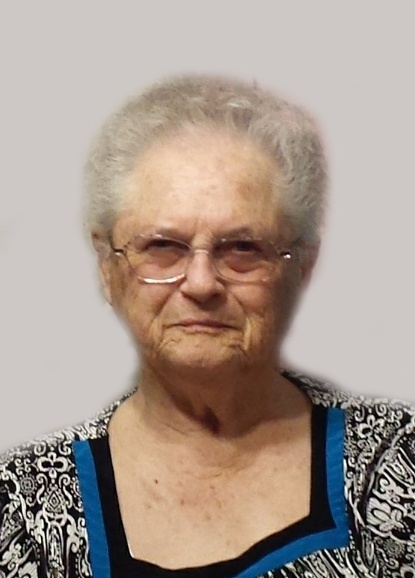 Ellyn Dinger, 83, Wahpeton, ND passed to her eternal home on Wednesday, September 20, 2017 with family by her side at St. Catherine’s Living Center, Wahpeton.  A memorial service will be held at 10:30 AM on Saturday, September 23, at Vertin-Munson Funeral Home, Wahpeton.  Visitation will be one hour prior to the service at the funeral home on Saturday.  Arrangements are entrusted to Vertin-Munson Funeral Home, Wahpeton, ND.

Ellyn was born on July 8, 1934 to Albert and Lydia (Strayer) Bahr in Bismarck, ND.  She spent the first two years of her life in Flasher, ND before her family moved to a farm near Mooreton, ND in 1936.  She was confirmed in the Antelope Methodist Church, near Mooreton, and after her marriage became a member of Wyndmere United Methodist Church where her children were confirmed.

Ellyn was united in marriage to LeRoy Dinger on October 16, 1952 in the Antelope Methodist Church.  The couple lived on a farm northwest of Wyndmere, ND where they farmed and raised their four children.  LeRoy and Ellyn retired from farming in 2002 and moved to Wahpeton, ND where they have lived ever since.

Ellyn loved cooking, gardening, playing piano, jigsaw and all puzzles.  She also loved singing, and did so at many friends and neighbors weddings and funerals.

She is preceded in death by her parents, Albert and Lydia Bahr, her ten brothers, and two sisters. Ellyn's Memorial Folder
To order memorial trees or send flowers to the family in memory of Ellyn Dinger, please visit our flower store.