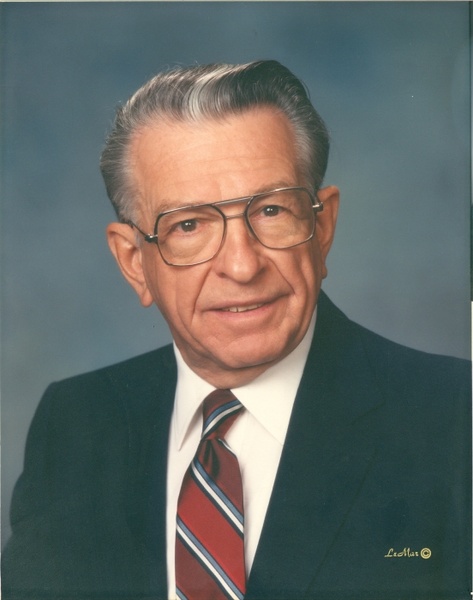 Elmer Ray Wasemiller, 98 of Wahpeton, ND passed away on Wednesday, December 13, 2017 at Life Care Center in Escondido, CA.  Visitation will be held at the Seventh-day Adventist Church, Wahpeton on Saturday, January 20, 2018 from 1:00pm to 2:00pm, followed by the funeral service at 2:00pm.  Burial will be at Fairview Memorial Gardens, Wahpeton.

Elmer R. Wasemiller was born on October 7, 1919 in Durham, KS to Sam and Louise (Loewen) Wasemiller.  He grew up on the family farm near Durham where he helped his father and brother farm and care for the farm animals.  He attended High School in Durham and later enrolled at Union College in Lincoln, NE. where he graduated in 1941.  Elmer then attended the College of Medical Evangelists in Loma Linda, CA where he graduated with his MD degree in 1945.

From 1942-1946 Elmer served in the US Army and US Navy Medical Corps.  From 1952-1954 he was recalled back into service in the US Navy where he served on the USS Montrose as the ship’s doctor during the Korean Conflict.

Elmer married Frances Reiswig on March 1, 1943.  In 1946 the couple moved to Wahpeton, ND where Dr. Wasemiller joined the practice of Dr. A. Reiswig.  Soon he was joined by Drs. Beltz, Wiltse and Wall and they had a successful medical practice as the Wahpeton Clinic for many years with Elmer practicing medicine and surgery for 56 years before retiring.  Elmer and Frances raised 3 sons in Wahpeton.  Frances passed away in 2000.  Elmer then married Lucille Beyer in 2002.  They then continued to live near their families in Wahpeton.  Lucille passed away in 2016.

Dr. Wasemiller loved spending time with his children and grandchildren.  He had a gift for woodworking with a special interest in relief carving.  He even gave his time to teach members of the community this skill.  He enjoyed attending the World Championship Horse Shows in Louisville, KY and was very proud to have his prized carving of 9 Saddlebred Horses displayed at the American Saddlebred Museum in Lexington, KY.  Dr. Wasemiller also enjoyed golf, canoeing, photography, travelling, fishing and reading.  He also enjoyed classical music and sang as well as played both the oboe and violin.

Dr. Wasemiller was a life long active member of the Seventh-day Adventist Church.  He also served his community as a member of the Rotary Club and the St. Francis Hospital Board.

He is preceded in death by his first wife, Frances; his second wife, Lucille; his parents, Sam and Louise; and his siblings, LeRoy Wasemiller and Ruth Heinrich. Elmer's Memorial Folder
To order memorial trees or send flowers to the family in memory of Elmer Wasemiller, please visit our flower store.