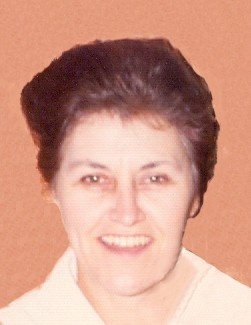 Emeth (Em) Anderson was born September 30, 1923 in Nansen Township, rural Colfax, North Dakota, to William Decker and Elizabeth Jesse (Fank) Anderson. She attended rural school at Nansen #2 and high school at Antelope Township School until it closed. She then attended Abercrombie High School and graduated on May 28, 1942.

She and Quentin (Bud) Boyer were united in marriage on October 4, 1942 in Moorhead, Minnesota. As newlyweds they headed to California in search of jobs and adventure. Along the way they visited Em’s sister Elizabeth (Sis) in Sandpoint, Idaho, with Sis insisting they could find jobs in Sandpoint. She was right: Bud found work the next day at Farragut Naval Training Station at Bayview, Idaho near Sandpoint. Bud was drafted into the U.S. Army on March 23, 1943. During his service, Em traveled with him to Fort Sill, Fort Worden, and Fort Casey, working at Kresge’s (a variety store chain), J.C. Penney, and Erchinger’s (a bakery). She worked as a riveter for Boeing, assembling turrets for B-24 Liberator heavy bombers during World War II. Rosie the Riveter said, “We can do it,” and Em did.

After Bud’s discharge in February of 1946, they remained in Port Townsend for several years, returning to North Dakota in 1951 where they farmed and raised Holstein cattle.

Among the many things Em did, one of her favorites was serving hot lunch at Wyndmere Public School for 12 years. She thoroughly enjoyed her co-workers and the students. If Em wasn’t baking, gardening, or canning, she was crocheting or perfecting her lefse technique. She loved a good rummage sale, a competitive game of whist (especially with Lester and Ben), and having ice cream and coffee at midnight on the couch with Bud. She took great pride in her farm and her yard. She was Bud’s devoted caretaker after his aneurysm in 1991, which allowed them to maintain their independence and remain on the farm for many years.

Thank you to the staffs at The Leach Home of Wahpeton and St. Francis Nursing Home for their excellent care of Em. In lieu of flowers or memorials, please make a donation to your favorite local charity or better yet, take someone you love out for pie and coffee. Emmeth's Memorial Folder
To order memorial trees or send flowers to the family in memory of Emeth Boyer, please visit our flower store.